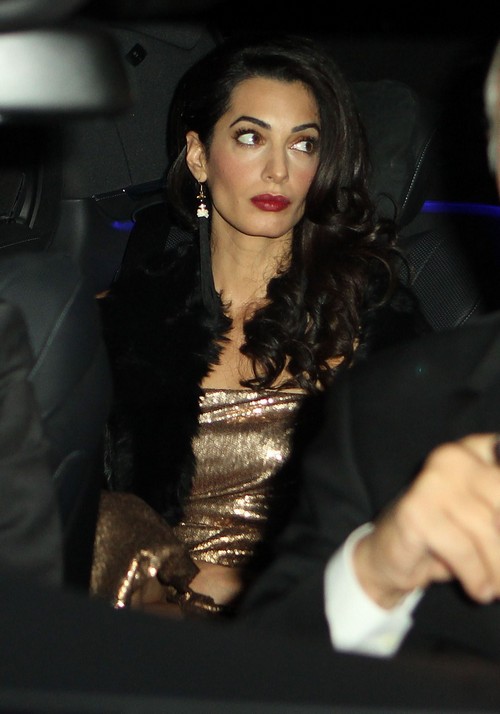 Is Amal Alamuddin pregnant? Ever since George Clooney and Amal Alamuddin tied the knot during a lavish wedding weekend back in September, America has been on baby bump watch. It’s no secret that George Clooney isn’t getting any younger – and rumor has it he and Amal were eager to get started on their family and babies, better late than never. And, according to new reports – Amal Alamuddin could be pregnant with George Clooney’s first child!

The December 22nd edition of Star Magazine reveals that Amal Alamuddin has been spotted with a baby bump! Star explains that, “The gorgeous lawyer was spotted with what looked like a growing baby bump during a night out with her hubby at the Soho House in West Hollywood on December 6th. Amal was glowing as she covered up her stomach with a loose fitting black dress and an even bigger white jacket.”

We aren’t the only ones who are certain that Amal is pregnant with her first child, even friends of George and Amal gushed to Star that there was a good chance the couple were expecting. An insider gushed to the magazine, “They aren’t the type of people to tell anyone Amal is pregnant until the time is right. But she definitely has a new layer of happiness to her that we can’t ignore.”

So, do you think Amal Alamuddin is pregnant with hubby George Clooney’s first baby? Will it be a boy or a girl, or maybe even twins? When do you think they will make the official announcement? Guess they aren’t adopting! Let us know what you think in the comments below!