George Clooney: Five Things You Might Not Know About Pregnant Amal Alamuddin’s Husband 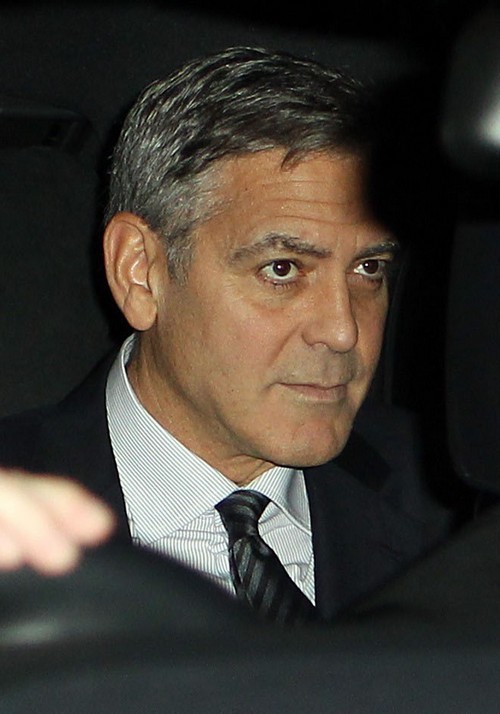 George Clooney may or may not be the sexiest man alive in your book, but there’s no doubt this actor is versatile and loved by many, especially Amal Alamuddin his new pregnant wife. You may know he is very talented and is much more than just an actor, but other than those facts, how much do you know about him? Check out these fascinating facts that you may not be aware of.
1. If things had went better for George during a tryout with the Cincinnati Reds baseball team in 1977, we might know Clooney as a baseball player instead of an actor. Fortunately for us, though, he didn’t make the first cut, so a career as a professional baseball player was out for him.
2. George Clooney had a rough period during his middle school years. George suffered from the temporary facial paralysis known as Bell’s Palsy. He has mentioned that time as particularly traumatic due to being taunted and mocked by other kids. The palsy went away, but he has said that the experience made him stronger.
3. The actor has had a few memorable pets over the years. He once owned two bulldogs. They were named comedy duo “Abbot and Costello.” One was killed by a rattlesnake. Perhaps the most well-known was his pet pig, Max the Star, which he had for 18 years. The pig was a gift from actress Kelly Preston, who was his girlfriend at the time. Clooney credited Max for saving his life when the pig woke him up before the California’s famous Northridge earthquake in 1994.
4. The 2000 movie “O Brother Where Art Thou” got a commitment from Clooney before he even read the script. Why? He wanted to work with the Coen brothers so much that he was willing to sign on without seeing the script and in fact, he even accepted a much lower salary than normal in order to be in the film. Remember the singing that George did in the movie? That wasn’t his voice, his was dubbed over.
5. Clooney has said often that he would never have children. Actresses Nicole Kidman and bombshell Michelle Pfeiffer bet the actor $10,000 each that he would be a father long before he turned forty. They had to pay up, but Clooney returned their money and offered a double or nothing bet that he would still be childless by the time he turned 50. Now in his fifties, the actor is still not a father but rumors are out that Amal Alamuddin is pregnant.
Whether you are a big George Clooney fan or not, you have to admit that the actor is an interesting person with an interesting background. Knowing a few facts about him gives you a little insight into this talented man’s personality and character.
George Clooney by FameFlynet