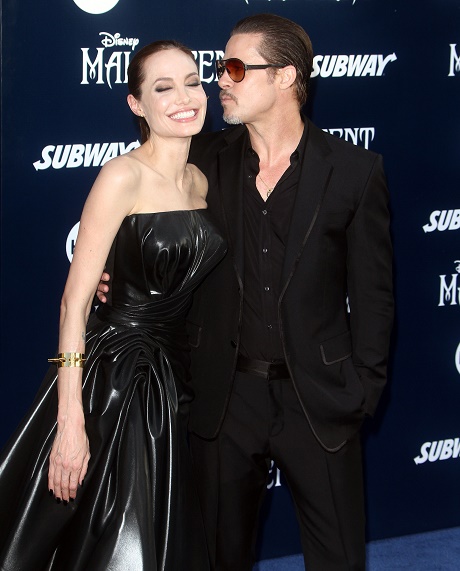 Angelina Jolie is jealous of Victoria Beckham and Leonardo DiCaprio’s United Nations charity efforts! Angelina Jolie is hands down the reigning celebrity queen of charity — and she doesn’t like it much when people steal her spotlight. But isn’t the whole point of charity that you are doing it for charity, and not to boost your image or appear superior to others who are less charitable? Angelina has worked as a Goodwill Ambassador for over a decade, has been appointed a Special Envoy for Refugee Issues, and is famously adopted orphans from other countries.

According to the October 20th edition of OK! Magazine, Angelina is apparently not happy about all of the other celebrities jumping on the charity band wagon. In September alone, Leonardo DiCaprio addressed climate change, Victoria Beckham joined the United Nation’s AIDS program, and Emma Watson gave a high-profile speech on gender equality. The magazine’s inside source reveals “Angelina wonders if they are all genuinely interested in their causes, or if they’re just getting involved to boost their egos and get publicity. She’s worried that these newcomers are just jumping on the bandwagon and trivializing all the hard work she has done over the years.”

Sure, it’s shallow to work for charity to help your own image. But, at the end of the day does it really matter why the charity work is being done, or the fact that it is being done? So, Leonardo DiCaprio gave a speech on global warming and climate change? Regardless of why he gave the speech and what his motives were, he opened up thousands of peoples’ eyes to the gravity of the matter. Who cares if Victoria Beckham joined the AIDS program to make herself look good, the work she has done for them has still made a difference despite her motives for doing it.

It sounds like Angelina Jolie is just concerned that other celebrities are stealing the spotlight she has created for herself by doing charity work. If she truly is concerned about the issues or charities at hand, then she would be grateful others are helping out, not jealous or threatened.