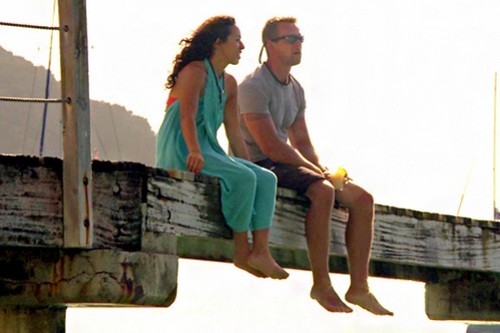 Below Deck returns to Bravo tonight with a new episode of its second season. On tonight’s episode called, “Charter Guest Soulmate” with some of his crew furious about the distribution of tip money, Captain Lee has to make a decision about how to handle Andrew.

On the last episode, Kate was annoyed by the new charter guests and their ongoing demand for special attention. Andrew made a stunning admission to Captain Lee that affected the entire crew. Kelley and Jennice wrestle with their feelings for one another. Did you watch the last episode? We recapped it all right here for you.

On tonight’s episode with some of his crew furious about the distribution of tip money, Captain Lee has to make a decision about how to handle Andrew. Stunned by an unexpected critique, Kate jeopardizes the whole charter, and her yachting career, when she takes matters into her own hands.

Tonight’s episode is going to be filled with the usual Below Deck drama and you won’t want to miss it, so be sure to tune in for our live coverage of the show tonight at 9 PM EST! While you wait for our recap hit the comments and let us know how excited you are about this new episode of Below Deck.

RECAP: Tonight’s episode begins with the entire cast of Below Deck being ticked off because Andrew was paid rather than fired. He hasn’t paid his dues and lied about his experience but assumes he will stick around. Captain Lee rethinks his decision and decides that it’s in everyone’s’ best interest to cut Andrew and send him home. While he has acted like a brat he actually takes being fired extremely well. Captain Lee decides to be extra nice to the crew and he gives them a day off to regroup before the next charter.

On this day off Kelley and Jennice have a chat about their friendship. They both are seeing other people but clearly they are interested in being more than just friends with each other. They are trying to keep a distance and trying to keep it just a friendship but I don’t think that it’ll last for long. It’s 3 hours until the guests arrive and as Kate puts it- Yachting is perfection defined. The primary guest, Dean Slover looks like a Hugh Hefner rip off and his guests are a slew of Playboy Bunny types.

The guy is clearly a control freak right from the start and a few of his chickies are obsessed with Kelley almost immediately. Kate is hoping that this group will be open to playing a pirate game and while the ladies may do it I wouldn’t count on Dean cooperating. Kelley and Jennice get the inflatable slide blown up for the guests and one of the blonde women requests that Kelley go down it with her. He asks Captain Lee and he basically tells him to take one for the team and to go down it once with her. After the fact Kelley is not happy because he feels like the situation was totally unprofessional.

By the time the guests sit down for dinner and complain because it’s taking too long. Ben agrees that the food has taken a long time but hopes that they will be so happy with the quality that they forget the wait. His hope is torpedoed immediately when one drunk girls claims there was plastic in her food. Kate takes her plate downstairs and she and Ben both agree that it’s bull. They realize the plastic came off of the bottle that they brought in. Mr. Slover decides he wants a meeting with Ben and Kate and demands their meals from this point on take little more than an hour.

Breakfast is between 9 and 10:30 according to Slover but almost no one bothers to show up. Kelley also talks to Amy about his feelings for Jennice. She encourages him to put it all out there and see how she reacts. Meanwhile the guests believe that Kate actually hates them and Slover decides that he will say something to them about it. He calls her up on deck and basically calls her a bitch for never smiling. Kate brings them all shots and she cancels her pirate activity that she wasanxious to do with them. Even Slover’s chicks think he went to far. Kate is enraged and folds his towel like a certain body part. Tune in next time for more Below Deck!