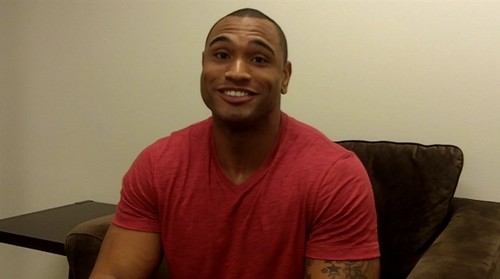 Although muscleman Devin Shepherd began the Big Brother 16 game as a very likable character with deep feelings for his daughter, noble aspirations and a level head, he has now developed into a bit of a moron. From his unnecessary manipulation of Donnie in the storage room to his inexplicable paranoia and multiplying alliances, Devin has painted a large target on his wide, muscular shoulders.

Can he salvage his game despite these moves?

Stranger things have happened in Big Brother… Here are five ways he might help his cause.

1. He needs to apologize to his fellow Bomb Squad members – I have been watching the feeds and I have yet to hear him accept responsibility for his boneheaded move. In fact, he keeps on defending it instead. His major mistake was not thinking that way…his major mistake was acting on it before consulting the other guys. He can think he is right all day but still should at least put on the front of being sorry.

2. He should plead insanity – Perhaps some of the Big Brother housemates would begin to feel sorry for him and keep him around on that basis. Dude would certainly not have trouble getting anyone to believe him on that one.

3. Make them believe it was a smokescreen – To gain a hair of credibility back, he should tell the Bomb Squad that the girls are a smokescreen only. At least that makes some semblance of sense. Devin looked very odd in the edited version on television but honestly they were kind of nice to him. They could have made him look worse with other scenes from the feeds. He is seriously paranoid and playing with a knee jerk reaction time.

4. He should lay low…really low – Devin needs to be as invisible as possible right now to survive in the house. Although it appears he still has some support, his days are numbered. His best chance is to lay back and let others blow their chances instead. The good thing about Big Brother is that somebody always melts down if you wait long enough. Sit back and wait on your story to blow over Devin and keep it quiet!

These five steps are about the only ways I can see Devin getting back into it. If he continues on this path he is currently taking, Devin will be gone in no time.