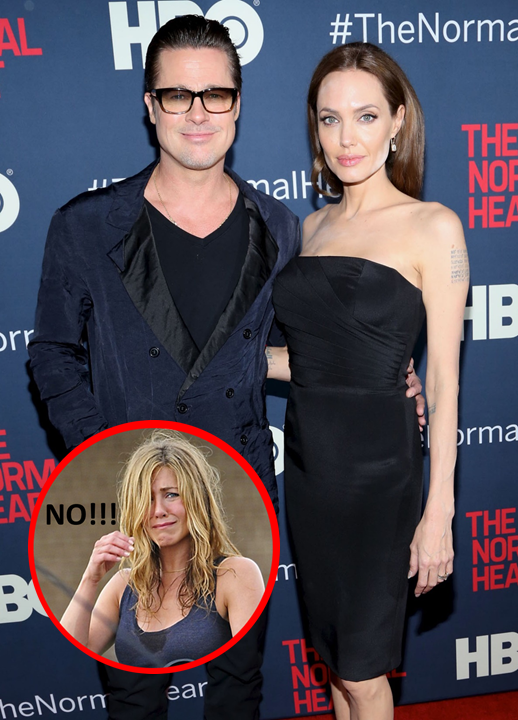 It finally happened! After nine years and six children, Brad Pitt and Angelina Jolie are officially married. A spokesperson for the A-list movie stars confirmed the couple married in Chateau Miraval France on Saturday.

The private ceremony took place in a small chapel and was attended by close friends and family. Before saying their vows and exchanging rings in France, the couple obtained a marriage license from a California judge. The same judge also conducted the wedding in France.

Brad and Angie’s six children were also present at the wedding. Their oldest sons, Maddox and Pax walked their mother down the aisle, Zahara and Vivienne were flower girls, and Shiloh and Knox were the ringer bearers.

The two Oscar winners met in 2004 while shooting Mr. & Mrs. Smith and began having an affair. Brad was still married to Jennifer Aniston at the time and the new relationship quickly became a major Hollywood scandal. Tabloids branded the couple as “Brangelina.”

Throughout the public scrutiny over the years, the supercouple has remained strong. Brad legally adopted Angelina’s three children and they added three biological children to the Jolie-Pitt brood.

As advocates of same-sex marriage, Brad and Angelina both stated on several occasions that they had no interest in getting married until “everyone else in the country who want(s) to be married is legally able.” They officially announced their engagement in April 2012 because it was something their children wanted.

It was just announced the couple will star in their first movie together since Mr. & Mrs. Smith. It will be written and directed by Angelina and will include “crazy sex scenes” between the insanely hot couple.

But will marriage change their relationship? Neither has been lucky when it comes to marriage. In any case, we congratulate the newlyweds during this incredibly happy time. Tell us what you think about Angelina and Brad finally tying the knot and leave a comment.

Meanwhile, Jennifer Anniston is still “engaged” to Justin Theroux and has no children…