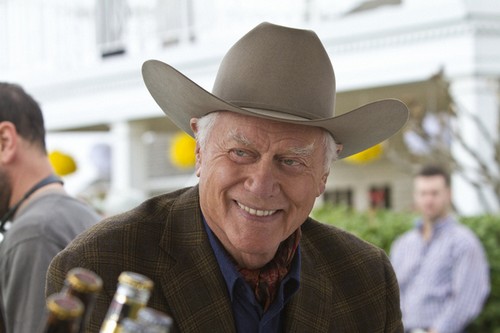 Dallas fans were still trying to wrap their heads around the mind-blowing Season 3 finale and shocking cliff-hanger, when out of the blue TNT announced they had cancelled Dallas season 4 of the popular drama on October 3rd.  Millions of Dallas fans, young and old, took to the internet and social media to protest the cancellation.  The soapy drama had not only brought back legions of devoted fans from the original show, but also brought in a crop of equally devoted younger fans who were tuning in to the new version of the classic series.

According to the October 27th edition of GLOBE Magazine, “Within days of the October 3rd cancellation, devastated viewers were launching internet campaigns to revive the series and vowing to boycott the network.  One internet petition started by Dallas fanatic Sara Duckworth attracted more than 55,000 signatures in just five days.”  And, according to GLOBE the fans of Dallas are not the only ones hoping to get another network to pick up the series.  Stars Patrick Duffy and Linda Gray even took to social media and encouraged viewers to push for the show to be picked up by another network.  Gray reached out to fans and said, “Thank you again for your support!  Keep it coming so we can get back to entertaining you!”

Dallas’s cancellation follows the cancellation of the popular series Longmire by A&E, Longmire fans are also petitioning for the series to be picked up by another network.  Both series have a good chance of being picked up internet phenomenon Netflix, who already broadcasts earlier seasons of the shows.  If Dallas fans join forces and let their presence be known on the internet, there is a good chance the show could be brought back to life.

So, were you as devastated as we were when TNT announced they were cancelling Dallas?  Are you joining other Dallas fans and boycotting TNT?  Do you think another network will pick up the series and keep it going?  Let us know what you think in the comments below!