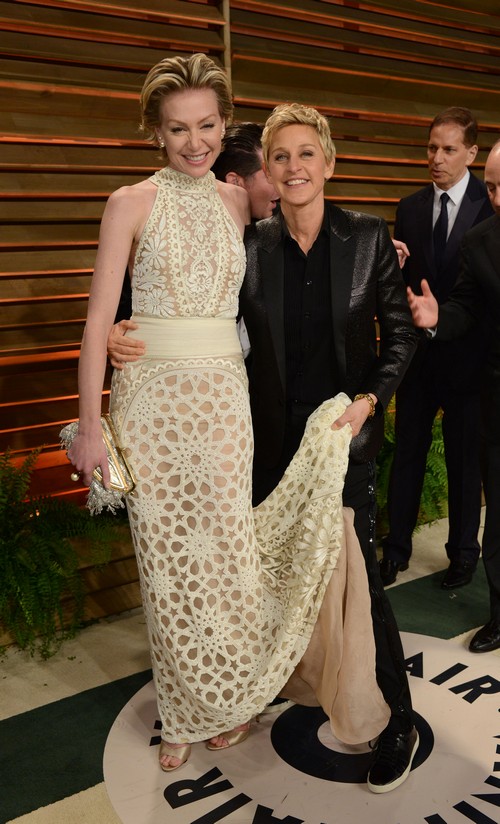 It seems like Portia de Rossi and Ellen DeGeneres’ marriage has allegedly been hanging by a thread for a long time now and in spite of clocking major time in a therapist’s office these two have serious issues that simply aren’t being repaired. In fact, if the recent rumblings are true then it sounds like a split is most certainly in the works. According to the April 21st print edition of Star magazine Portia is ready to move out!

They say that action speaks louder than words and Portia isn’t just swinging idle threats at her wife. Instead she is actively trying to buy back a once beloved apartment. Back in her Ally McBeal days Portia purchased an apartment in West Hollywood’s Granville Towers and she is trying to convince the current owners to sell the place back to her. Supposedly it holds sentimental value because it represents a great time in Portia’s life and she thinks that moving in might make her feel like she did the first time that she lived there.

As for her relationship with Ellen, well this is just one more thing that confirms that the marriage is beyond shaky. People doing generally live apart unless they are at a point of testing whether or not they are in fact better off on their own, Do you think that Portia and Ellen’s marriage is going to survive this rough patch or is a split looking more and more inevitable? Is Portia smart to hit the bricks in order to gain control of her own life? Tell us your thoughts in the comments below!