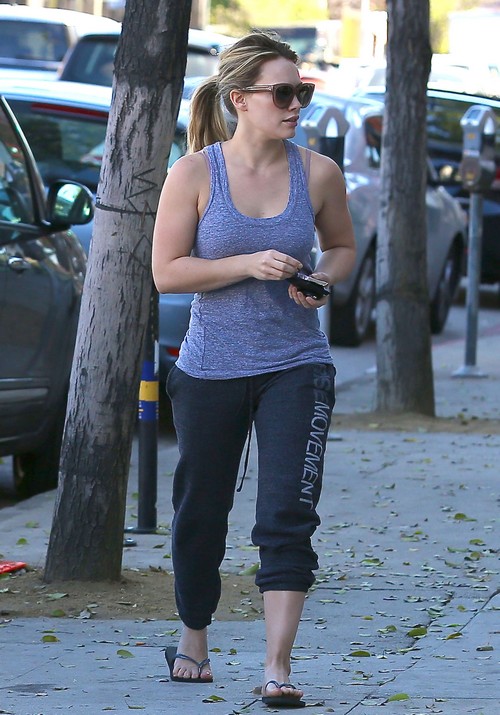 I have to admit, I absolutely figured a few weeks after we learned about Hilary Duff and Mike Comrie separating we would then be given a real idea of what really went wrong. It seems that the full picture is now beginning to fall into place and it was a series of things that drove the couple apart. Mike’s deciding to retire from the NHL supposedly drove Hilary nuts. When they met and for the first several years that they were together, she was juggling a busy career while he was on the road playing a lot. Constant togetherness was a huge issue and it made them ultimately realize that they had started to drift apart and had little in common.

While Hilary worked Mike was playing Mr. Mom by day to their young son. He wasn’t thrilled and somewhere in that time according to the Feb. 3rd print edition of National Enquirer, Hilary because suspicious that Mike was cheating on her. Apparently once the trust was broken it ended up being the final straw for the marriage. Hilary couldn’t get past her suspicions and she also wasn’t ready to pack in her career to have more babies just yet so a split was inevitable.

Do you think that Mike really did cheat on Hilary? While she was off working did he find himself in the arms of a woman that may have ultimately been a better fit for where he is at this stage in life? Do you think the marriage is absolutely broken or maybe is there a slight chance that they will reconcile? Tell us your thoughts in the comments below!