Keeping Up With The Kardashians LIVE Recap and Review: Season 9 Episode 13 “Move It or Lose It” 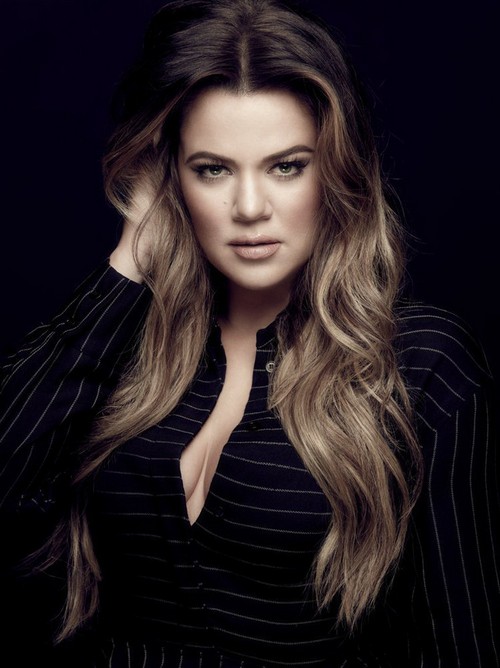 Keeping Up With The Kardashians continues tonight with a new episode called, “Move it or Lose It.” On tonight’s episode, Khloé struggles with moving; everything she does reminds her of Lamar and she has a hard time letting go.

On the last episode Kris thinks Kourtney needed to put her foot down when it came to Scott and his lavish plans for a new backyard. Meanwhile, Kim and Khloé got down and dirty when they participated in a mud run. Did you watch the last episode? We recapped it all right here for you.

On tonight’s episode Khloé struggles with moving and giving up Lamar; Bruce attempts to bond with Brody; Kourtney, Kim, and Khloé head to New York. Meanwhile, Kourtney is concerned about Khloé because one day she is happy, one day she is angry. Kourtney is being taken advantage of and Kris thinks it is time to call the police.

Tonight is going to be another crazy episode that you won’t want to miss, so be sure to tune in for our live coverage of E!’s “Keeping Up With The Kardashians” tonight at 9PM EST! Meanwhile, while you wait for our recap hit the comments and let us know how excited you are about this season of KUWTK while you enjoy a preview of tonight’s episode below.

Tonight’s episode of Keeping Up With The Kardashians begins with Kourtney and Khloe out to lunch. Kourtney went to the doctor and can barely function because half of her face is full of Novocain. Khloe has to be out of her house in literally two days, and is still moving. She is going to stay with her brother until she figures out where she is moving to.

Bruce shows up at Brody’s house with a huge remote control car. Bruce wants Brody to play in father-son golf tournament with him. Brody tries to make up excuses and says his knee still hurts, but Bruce won’t take no for an answer.

In NYC Kourtney and Khloe are looking at stores in SOHO for Dash. Their lease at the current space in NYC is about to run out, and they need a better and bigger shop now. They meet up with Kim, who is already in the city, and head out with a realtor to look at a few potential spaces. After looking at the stores, Khloe gets a phone call from Lamar and learns that he is leaving the country to play for another basketball team and she isn’t even going to get to say goodbye to him.

The next day Khloe is trying to pack up her stuff, and vents to Kourtney. She is furious because Lamar is giving interviews and lying and saying that “Khloe will always be his wife.” And, claiming that he isn’t giving up on their marriage. Khloe thinks it is ridiculous, because he knows very well that they are going through with the divorce.

Later that night at the Jenner House, Khloe decides to throw a party and welcome her sister Kendall home. Even though the party was “last minute”, they managed to get a DJ, a mechanical bull, a photographer, and an inflatable slide. Scott is worried about Khloe, because she is getting wasted and acting crazy.

Kris takes Khloe aside and Khloe explains that Lamar is lying to press and telling everyone that they are working on their marriage and he talks to Kris and Bruce every day. Kris says that she loves Lamar and she is worried about him and Khloe freaks out. She tells her Mom that Lamar is available now, and she can “go f—k him and date him too.”

Khloe decides that since she only has a few nights left in her house she is going to throw a party, and she heads to the liquor store with Kourtney and Kim. Kourtney thinks that she is turning in to a “drunky monkey.” But, her Mom thinks that Khloe should enjoy herself, since she is in her twenties, if she wants to drink then she can drink. Khloe and Kourtney wind up fighting at the party later that night because Khloe doesn’t want them to leave so early, and Kourtney again accuses her of turning in to a “party girl.”

Bruce is supposed to practice golf with Brody, but Brody is ridiculously late. He finally shows up and Bruce threatens to cancel the golf tournament because he thinks that Brody doesn’t want to play with him. Brody goes to hand out with Brendan and Kendall afterwards and they reassure him that Bruce is like that with all of them.

Khloe shows up at Kris’s house where Kim and Kourtney are sitting with their mom. It becomes clear that Khloe is drunk…again. Khloe announces she wants to have another “fiesta” that night. Kris tries to have a heart to heart with her, but Khloe storms out and yells that she needs to take the pictures of Lamar off the wall.

The next morning Bruce heads over to Khloe’s house where she is trying to finish packing up her stuff. Bruce says that Khloe is going out way more than she used to and partying a lot, and he thinks that she is trying to “mask her feelings.” Bruce wants her to come live with him out in Malibu.

Brudy and Bruce head to their father and son golf tournament, and lose miserably but have a good time. Khloe and her sisters are packing up her house, and Khloe realizes that several hundred thousand dollars worth of Lamar’s jewelry is missing from the safe in her room. Kris calls the cops to the house, and explains to them that Lamar couldn’t have taken the jewelry because she changed the locks and the house wasn’t broken in to. Khloe knows it was an inside job because there are only a few people that know where she keeps the jewelry, how to get in the safe, and what pieces of jewelry are actually valuable.

After the cops leave, the moving trucks head out with all of Khloe’s belongings, and she heads out of her and Lamar’s house for the last time.