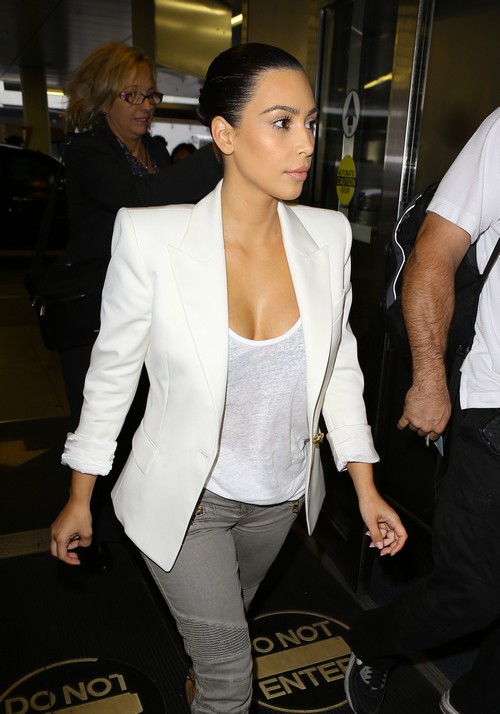 Remember last week when Kim Kardashian and Beyonce appeared to meet up for some girl time at the dermatologists’ office and we all looked at it as a sign that the two are a little more friendly than we had thought. Yeah, that’s simply not at all the case. While Kimmie may have been thrilled to see Beyonce the feeling was certainly not mutual. According to Radar Online, Kim went bouncing over to talk to Bey and the conversation was civil it was also very clear that Queen B didn’t want to have to deal with the reality star.

Ironically, Kim tried to win Beyonce over by telling her just how much she loves being with little North. That kind of statement resembles Kim’s sentiments about she feels about showing up for a paid appearance or how she loves walking the red carpet in an uncomfortable dress. Kim is kind of incapable or really gushing about motherhood because she’s an onlooker in her daughters’ life.

Think about it, we see Kim and Kanye everywhere and they are usually traveling without Nori. She is brought out like a great accessory and then handed back to the nanny when the footage has been captured. At the other end of the spectrum is Beyonce who actually travels with Blue Ivy and seems to value the importance of motherhood. So while Kim tried to play the mommy card with Bey, it likely fell pretty flat.

It’s rumored that Bey really doesn’t want to have to attend Kim’s wedding in Paris, do you think that she’ll get out of it? There is no way she’ll be Kim’s bridesmaid – she’d rather pass a kidney stone. Tell us your thoughts in the comments below!