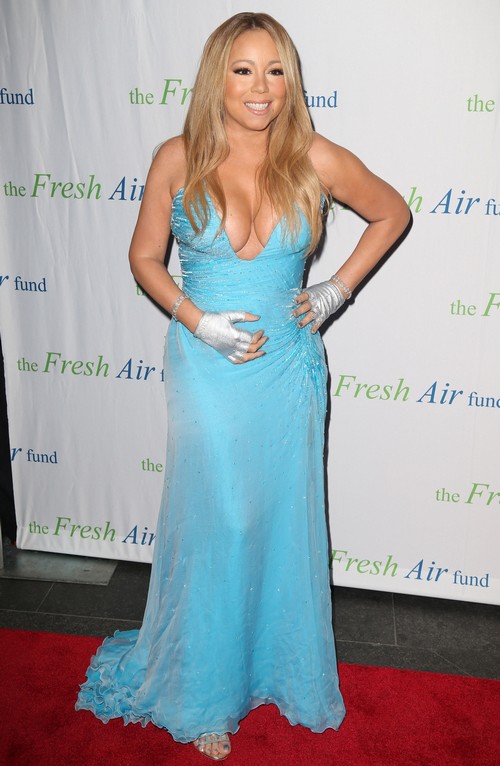 Mariah Carey and Nick Cannon were never going to last but is divorce the right choice. Do we agree? They tried, and they tried for a long time. But their relationship has always been skewed by Mariah’s diva antics and her insistence on getting whatever she wants. The the couple sold their Cali house…. As anybody in a loving relationship knows, it’s all about balance and give-and-take, and Mariah doesn’t know how to give – only how to take. And since her star has always been significantly brighter than Nick’s, it makes sense that Nick stayed with her for as long as he did. In layman’s terms, he was using her, even if he *love* her. But seriously, what grown man would put up with a Disneyland-themed re-wedding?

But fast forward a few years, and Nick himself is no longer denying rumors of a divorce. Instead, he’s making sure that he spends much of his time with his children, and sources say he’s putting all his focus on the kids. Mariah, on the other hand, still spends most of her time staring into a mirror. Ok, I kid, I kid. But seriously, their marriage isn’t doing too well right now, and that really just comes down to Nick. He’s stopped pretending to like Mariah’s little quirks and idiosyncrasies, even the not-as-annoying ones. And Mariah is not happy that her husband isn’t the brainwashed robo-bride that she was with all these years. Alas, the man finally grew a pair and stood up to her, or he finally wants to focus on his career for once.

Whichever one it is, Mariah will make make sure that everyone thinks that Nick is guilty, loud and clear. But in all reality, it seems like he’s just grown tired of pretending to be fake, and just wanted out.