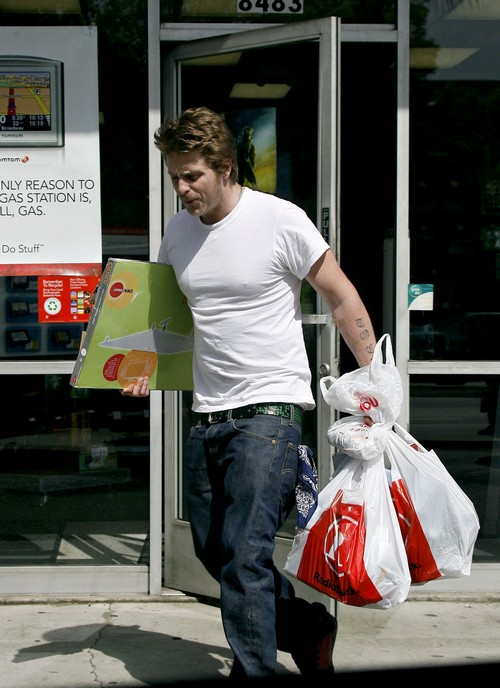 Michael Douglas has fought off cancer and won back Catherine Zeta-Jones, and he’s just received one more bit of good news: his druggie son, Cameron Douglas, will reportedly be released from prison a year earlier than originally planned. Michael made a passionate plea at the 2013 Emmy Awards, asking for Cameron’s release from the Federal Corrections Institute in Cumberland, Maryland. Never mind that Cameron was arrested for dealing meth and cocaine, and that he didn’t stop dealing even in prison. When you’re a celebrity, you automatically expect special treatment for your child, even if they don’t deserve it.

However, Michael’s plea seemed to have worked, as Cameron will now be freed on March 18th, 2017 as opposed to sometime in 2018, his original release date.

As the National Enquirer’s source explains, “He’s past his life-and-death tongue cancer battle, and his old man, Kirk Douglas, is still around at age 97. On top of that, he’s worked out marital problems with Catherine. Now all he needs is Cam home.”

The source adds that Michael blames himself for being a ‘workaholic‘ and not spending enough time with Cam when he was married to Diandra Douglas, his ex-wife and Cameron’s mother. But the question remains – is Cam getting released because of good behavior or because his famous father made a plea on his behalf?

It’s understandable that Michael Douglas would be blinded when it comes to his son. After all, don’t all parents have a tendency to overlook their children’s worst habits? In this case, Michael is clearly ignoring the warning signs, considering that Cam was rumored to be getting drugs even in prison. But in his desperation to have his son back home, he may inadvertently be allowing the boy to relapse without proper treatment or rehabilitation.