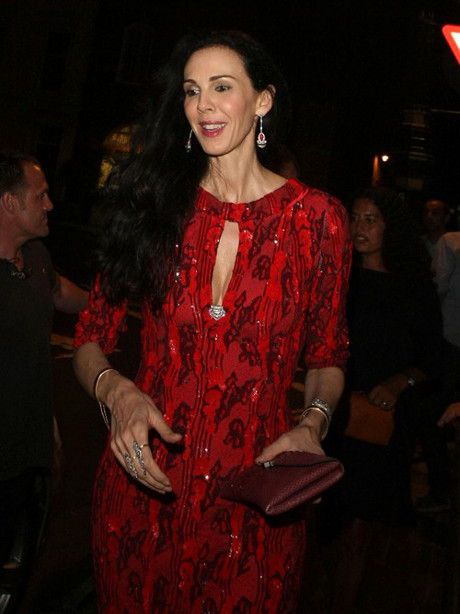 Mick Jagger‘s longtime girlfriend L’Wren Scott, 47, committed suicide earlier this morning. She was found by her assistant hanging in her apartment — and reports say that, while no suicide note was left behind, foul play hasn’t been suspected as of yet. Scott reportedly sent her assistant a text around 8:30 AM asking her to come over. And when her assistant arrived at the 200 11th Avenue apartment in NYC, she found Scott hanging by a necktie. Scott was a well-known fashion designer and helped dress some of Hollywood’s finest, including Nicole Kidman, Christina Hendricks, Penelope Cruz, and Amy Adams.

The news grows even sadder. She and Jagger were in a committed, long term relationship that spanned more than ten years, and it’s clear that he had nothing but love for the talented L’Wren. The former model met the pop icon in 2001 and the couple had been together ever since.

Mick Jagger’s reactions to this tragic news must be taking a toll on him. While Jagger hasn’t released any lengthy statements on the matter, his spokesperson has issued a brief note saying, “[Jagger] is completely shocked and devastated by the news.” (via NY Daily News). We’re sure Jagger will have more to say in the coming days and weeks. But right now he’s probably still trying to process it all, as the news seems to have blindsided the 70-year-old singer (and many others close to her).

In the meantime, a complete autopsy will be conducted on Scott’s body to gather a fuller, more complete picture of the circumstances under which she took her life.