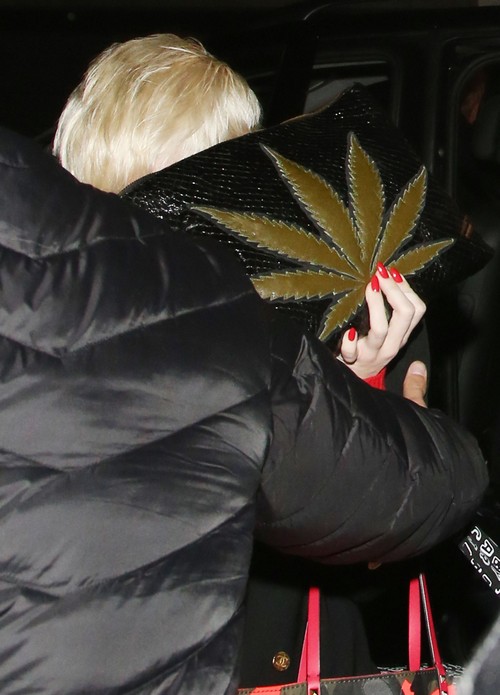 After 9 days in the hospital for what was reported as an allergic reaction but also a drug detox to antibiotics, Miley Cyrus was already back on the party scene, with none other than the queen of the party scene, Kate Moss.

Many believe Cyrus was detoxing from her drug-infested lifestyle as she parties through her Bangerz Tour in full force. It was reported that Miley had a sinus infection and the antibiotics she took caused an allergic reaction. Because it is not common for an allergic reaction to antibiotics to require a 9-day hospitalization, many were skeptical about the real reason for Miley’s extended hospital stay. It DOES seem fishy that Miley has admitted to taking all kinds of illegal drugs, but she cannot handle a simple antibiotic for a sinus infection? Too the extent that she needed 9 days in the hospital? Sorry, Miley, not buying it.

Miley sure didn’t waste any time once she was released as TMZ reports that she and party-buddy Kate Moss partied until 3AM in in SoHo. Miley, dressed in her uniform… a bra and leggings, was spotted strolling into her hotel at 3:30 AM after a night out at Madame Jojo’s nightclub. Seems like Miley is right back to her old ways so it is only a matter of time before she may suffer another “allergic reaction” to antibiotics. Tell us what you think! Will Miley end up back in the same situation as before because of her abuse of drugs and alcohol? Can partying with Kate Moss, who has battled cocaine use, possibly be good for the already-troubled star?

‘Bangerz’ singer Miley Cyrus hides behind her marijuana leaf handbag while arriving at Claridge’s in London, UK on May 8, 2014.