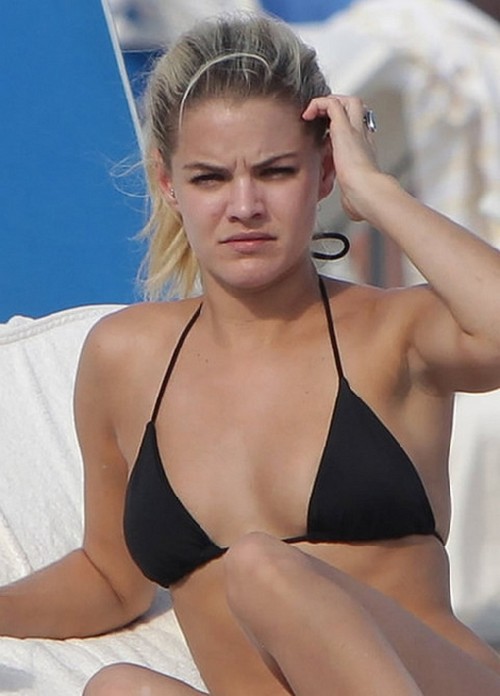 Nikki Ferrell must be getting paid a LOT of money to put up with Juan Pablo, no? And since she also has to pretend as though she’s actually in love with him, she’s forced to hit back at the Internet haters who criticized her for getting together with him in the first place. Come on people, she didn’t have a choice! A deal’s a deal, you know. I have no doubt the ABC brass wouldn’t have let her escape her commitment, regardless of what a douche Juan Pablo turned out to be.

As we all know, Nikki’s been the predetermined winner since before the show even began. I don’t understand why anyone actually thinks this show is spontaneous or realistic, when it’s actually choreographed down to every choice.

Anyway, Nikki was offered the final rose and technically won this season of the Bachelor, although I don’t think if it’s considered ‘winning’ when the prize is spending more time with Juan Pablo. What’s even worse is that Juan refused to say he loved her on the ‘After The Rose‘ special, which caused fans to hit out against Nikki for staying with the guy.

However, Nikki hit back against the fans, writing on her Twitter, “Being in the public eye does NOT give you the right to say what you want to me. Your words hurt no matter what. Be ashamed of yourselves.”

When you make a deal with  a network, you’re expected to stick with it, no matter what criticism your actions garner. Nikki should have realized by now that Juan Pablo is the most hated Bachelor ever, so obviously she’s going to get cornered for agreeing to be with him.