Phillip Seymour Hoffman Battled Drug Addiction Most Of His Life: In And Out Of Rehab 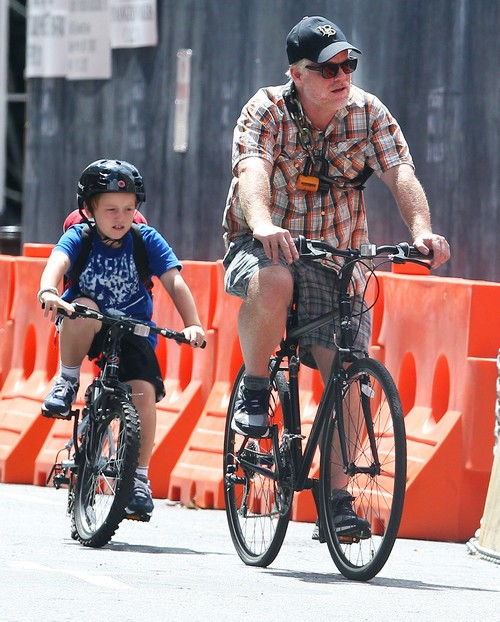 Family, friends, and fans of Phillip Seymour Hoffman are mourning the untimely death of the actor. Hoffman’s body was discovered late this Sunday morning by a friend at his apartment, the troubled actor was found with a heroin needle in his arm, and his death is being labeled as a drug overdose.

Phillip Seymour Hoffman has battled with substance abuse off and on throughout his life. In 2006 the Oscar Winner confessed that he was no stranger to drug addiction in an exclusive interview on CBS’s 60 Minutes. After the actor graduated from acting school at New York University he slipped into a dark drug fueled time in his life. He told CBS, “I went to rehab, I got sober when I was 22 years old. You get panicked… and I got panicked for my life. It really was just that.”

After getting sober at the young age of 22, the actor claimed to stay drug free for 23 years, until he recently “fell off the wagon,” in the Spring of 2013. In May of 2013 we reported that Phillip Seymour Hoffman had checked himself into a rehab on the East Coast. Hoffman claimed that he sought out help when he began abusing prescription drugs, which quickly escalated to snorting heroin. Hoffman spent ten days in the detox facility last May, and then checked himself out, claiming to have conquered his addiction once again.

Anyone who is familiar with heroin abuse can tell you that for an addiction that strong it takes much longer than a ten day detox to cure it. But, Hoffman checked out after a mere ten days and hopped a plane to Europe to work on his next movie. Although the actor claimed to be sober again, that obviously wasn’t the case, or we wouldn’t be covering his death today.

Phillip Seymour Hoffman battled drug addiction for a large portion of his life, and sadly today he lost the battle.