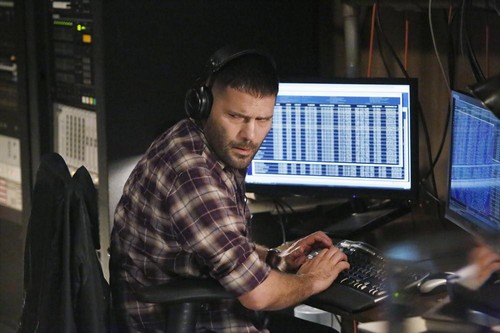 Tonight’s SCANDAL returned to ABC and we were treated to some more OMG moments especially at the end of the episode.  I just cannot wait for the next episode, to wet your appetite we have some juicy spoilers and a sneak peek video of “Flesh and Blood” which will air April 10th, for your enjoyment below!

On tonight’s show Abby stepped in as Olivia’s proxy and took on duties at the White House. Meanwhile, the team continued to investigate B613, and someone threw a wrench in Reston’s presidential campaign.  Oliva let the Vice-President know if he wanted to continue to be Vice-President he had to dump Mellie.  Oliva’s team was successful in shutting down B16 but did not realize the consequences.  More happened!  Did you watch tonight’s episode?  We did and we recapped it right here for you.

Spoiler alert: If you’re one of those people who doesn’t like spoilers, stop reading now! We have some juicy spoilers for you about the season 3 episode 17 of ABCs “Scandal.”

Official ABC Synopsis: “A security breach calls for an all hands on deck situation at OPA. Fitz’s re-election campaign becomes stalled and he considers going against Olivia’s advice. Meanwhile, Adnan and Maya continue to plot their next move.”

On the next episode a security breach causes the team to spring into action.  Because of Olivia and her teams interference in episode 16 B16 was not able to stop a bomb meant for the president.  Will they be able to stop the bomb from going off and Fitz being killed?   “Flesh and Blood” was written by Severiano Canales and Miguel Nolla and directed by Debbie Allen.

Scandal Season 3, Episode 17 “Flesh and Blood” airs on ABC on April 10th, 2014. Check out the preview video below and let us know in the comments below what you think!