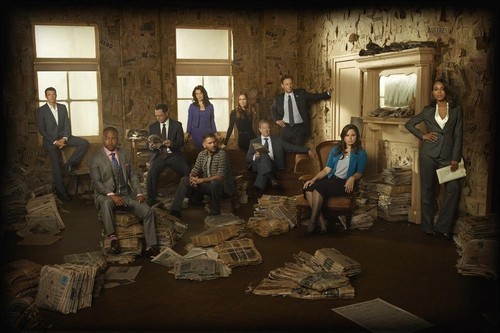 Tonight’s SCANDAL returned to ABC and we were treated to some more OMG moments, especially at the end of the episode.   I just cannot wait for the next episode and sadly we are going to have to wait two weeks for it.  But to wet your appetite we have some juicy spoilers and a sneak peek video of “Yolo” which will air December 5th, for your enjoyment below!

On tonight’s show Olivia and the team tried to handle both uncovering the truth behind Operation Remington, while also managing a potential crisis with the Josie Marcus campaign.  Meanwhile, Quinn fell further down the rabbit hole with Charlie, and Cyrus created a plan to take down Sally, but doesn’t think of the possible harm he would inflict on himself.  Olivia and the president reunited in Vermont, and he revealed he is going to take down her father Eli.  Olivia’s mother escaped from Eli, and tracked down Olivia, and Huck discovered Quinn’s dirty little secret.  If you missed tonight’s episode you can read a full and detailed recap, right here.

Spoiler alert: If you’re one of those people who doesn’t like spoilers, stop reading now! We have some juicy spoilers for you about the season 3 episode 9 of ABCs “Scandal.”

Official ABC Synopsis: “As the team gets closer to the truth, loyalties are tested and relationships are pushed to the limit. Meanwhile, Cyrus has to deal with his own crisis and he realizes that he may have gone too far.”  The episode was written by was written by Chris Van Dusen and directed by Oliver Bokelberg.

On the next episode which is the winter finale it sounds like it is going to be a dramatic one – secrets are revealed and relationships are forever changed.  Three situations for sure are going to cause lots of drama: Olivia and her Mom, Cyrus and Quinn.  Olivia has her mother at her place and she calls Huck to find out what to do, he tells her to bold because someone is coming for her mother.  OMG the sneak peek video we have for you below is amazing!!

Scandal Season 3, Episode 9 “Yolo” airs on ABC on December 5th, 2013. Check out the preview video below and let us know in the comments below what you think!