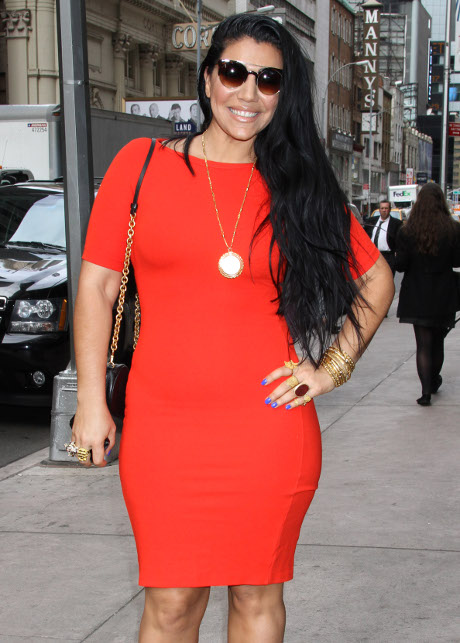 Shahs of Sunset star Asa Rahmati has found herself in some hot water recently regarding her Diamond Water company. For those of you who aren’t familiar with Diamond Water, it’s a high-class bottled water company that Asa has been developing throughout Season 3 of Shahs of Sunset. The water has been blessed by “Priestess Asa” to promote health and wellness, and according to the Diamond Water website the water is infused “with diamonds.” A case of 12 bottles of Diamond Water is priced at $35.88 a pop, approximately $3.00 a bottle. Just last week on Shahs of Sunset, Asa’s Diamond Water launch party was featured on the Bravo reality series.

Asa no doubt chose to film her Diamond Water production process in hopes of bringing attention to the product, and it has definitely caught the attention of one company. According to Radar Online, Asa has been served a federal trademark lawsuit from a company called Dymund Water. Apparently the Dymund Company is not happy with Asa’s choice of name for her company and are concerned that consumers will be confused between the two products, which could potentially harm their sales.

According to Radar, “The plaintiff’s are asking for an unspecified amount in damages, but are also seeking attorney’s fees, punitive damages, costs of the suit incurred herein, and any other relief the court deems just.” Shahs star Asa is refusing to budge on the matter though, and she claims she has done nothing wrong because she owns the trademark “Diamond Water LLC.”

Considering how new Asa’s company is, this one lawsuit could shut down Diamond Water for good. Even if Asa and Diamond Water win the court case, the legal fees are going to be immense. Asa has caught a lot of heat for her “magic water,” and a lot of people think it is a farse and compared it to “selling magic beans.”

Do you guys think the owners of Dymund Water have a legitimate case against Asa? Or do you think Diamond Water would have went out of business eventually, regardless of legal problems?