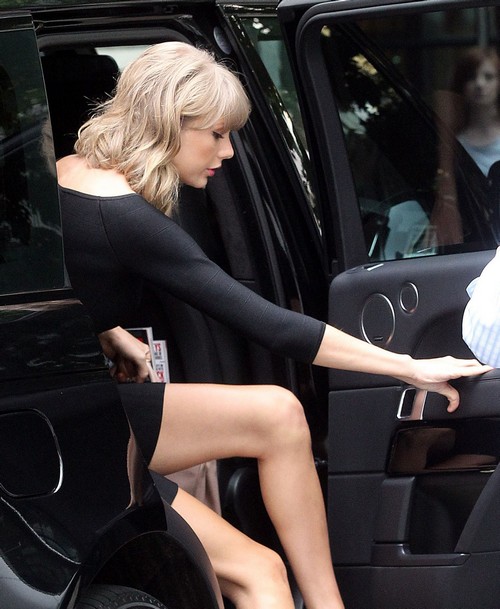 Taylor Swift doesn’t get mad, she gets even. Her interview and Twitter feud with Katy Perry has quickly escalated thanks to Katy’s inability to keep herself out of the fight, and although neither of them will mention the other by name, the entire world had deduced that Taylor was referring to Katy when she discussed her single Bad Blood.

Taylor Swift started the whole mess when she told Rolling Stone Magazine about her feud with a female singer, revealing that the single Bad Blood was about her enmity with that person. Although she wouldn’t reveal the name of that person, she claimed that they had gone out of their way to sabotage her tour and her career.

Initially, the speculation was all over the place over the identity of Taylor’s enemy, but it started to become clearer after Katy Perry tweeted a rather pointed comment earlier today. She wrote, “Watch out for the Regina George in sheep’s clothing.”

And with that, the mystery was solved. Katy and Taylor both dated John Mayer, they both had tours at the beginning of 2011, and both of them have often competed for tour dates, fans, and sales. Obviously, we don’t know the specific details of their feud and what happened between them, but sources tell us that Taylor is seething over Katy’s tweet. Apparently, she thought that she was being the bigger person because she didn’t give any hints that her feud was with Katy – but now that Katy has more or less called her out in front of the whole world, Taylor’s furious and humiliated. Katy’s obviously trying to say that Taylor is a hypocrite and not to believe a word she says, but she better watch herself if she doesn’t want to become the target of yet another T.Swift revenge song. Bad Blood didn’t mention her by name, but Taylor’s next song might as well – especially after this little impromptu Twitter spat.