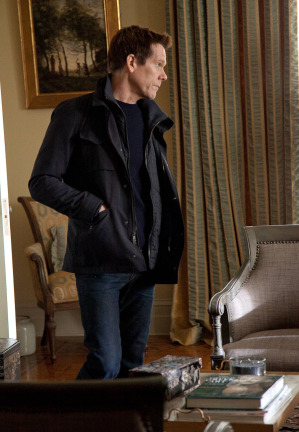 Tonight on FOX their hit psychological thriller THE FOLLOWING airs with a new episode called, “The Messenger.”  On tonight’s episode Ryan searches for new answers by tracking down the man who taught Joe to kill. Did you watch last week’s episode?  We did and we recapped it right here for you.

On last week’s episode Ryan and the FBI continued their hunt for Lily Gray, and were forced to redirect their search when a new threat entered Max’s life. Meanwhile, Joe, Emma and Mandy arrived at their latest hideout, but quickly realized things were not what they seemed.

On tonight’s episode After a tragic turn of events, Ryan attempts to find the man who originally taught Joe to kill, in hopes of finding new answers. Meanwhile, at the compound, Joe tries to get his bearings, while Emma and Mandy wait for him to reveal his new plan.

We will be live blogging The Following Episode 8 with all the up-to-the-minute details at 9 PM EST so make sure to come back to this spot and watch the show with us.   Make sure to refresh often so you get the most current info!  While you wait forthe episode you can catch a sneak peek of tonight’s episode BELOW!

The passing of his father has altered something in Mike. He had never been the same after last year’s massacre but now he has a focus for all of his rage.

Just because Julia slit Emma’s arms up didn’t mean she’d let the other woman die. Emma’s pain was only to serve as a warning for Joe. She wanted him to know he was powerless and no one knows that better than Mandy and Emma. They’re petrified of this new cult and want to leave. Joe on the other hand feels like they should stay. He’s learning the ins and outs of the cult and feels they can overtake Micah.

Alone they’re vulnerable but using the cult’s powerbase will protect them. So it’s time to play nice. Mandy has found herself a new admirer to keep her busy and Joe pretends to be another one of Micah’s sycophants. And in return Micah allowed them to ditch their masks and officially become a member of Corbin.

But he didn’t do that simply to accept them. He wanted to get on Joe’s good side because he wants to know how to get people to kill for him.

There have been a lot of people intruding on Mike’s father’s funeral. There was a reporter looking to write a second book. She wanted to milk Ryan for nay information she could use but he managed to brush her off. Yet he couldn’t very well do the same to the Director of the FBI. Franklyn had reached out to him because he believed Joe is alive.

That’s why he wants to create a new team to go looking for Joe. And he wants Ryan to head up the investigation.  He’s willing to offer up any support he can as long as they can bring down Joe. Mike wants in on it and gets turned down. Neither Max nor Ryan feel that Mike is up to the task right now. His time would be better spent on comforting his family.

They gained a lead on Joe. Back when Joe was a kid at boarding school, he had a mentor. A man he even credited in his book. After Joe was taken down Ryan had sought out Strauss. He wanted his help on his book about Joe but Strauss said he wanted to distance himself from a notorious serial killer. That was perfectly understandable until Ryan and Max caught Strauss in a lie.

Strauss said he never saw Joe after he graduated when there’s photographic evidence that Strauss met up with at least two of Joe’s followers.  So Ryan went back out to visit Strauss who oh so conveniently lived within a mile of where Joe had allegedly died. Strauss was a professor but he’s also a doctor with surgically experience and Joe would have needed someone to stich him back together again.

Ryan met with him and again Strauss denied having anything to do with Joe.  Although Strauss didn’t know that Ryan has planted a bug in his home. Moments later Ryan was listening in when Carrie, the journalist from earlier, visited Strauss.  She had gotten her own proof about Strauss lying and wanted to follow up.

She had proof that Strauss did go to see Joe and she wanted answers to her questions.  He invited her and then knocked her out before she had a chance to see what was coming. If Ryan hasn’t been listening in then he wouldn’t have come rushing in to help. He thought he could save Carrie and yet he hadn’t expected there would be another person in the house.

Much to their dismay, both Ryan and Carrie were right. Strauss had a much closer bond to Joe than he was letting on. However they didn’t know he was Joe’s mentor in every way. Strauss taught Joe how to kill and he’s been keeping up his mentoring program. The kid that knocked out Ryan is just another one of his trainees.

The only thing that stopped Ryan and Carrie from getting carved up like a turkey was that Max arrived with backup. She and Mike were worried when Ryan didn’t call in so they came to get him out whatever trouble he crawled into this time.

They killed the kid and used torture on Strauss. The older man confessed to being the one that helped Joe but he hasn’t spoken to him since. The last thing they discussed was Joe reaching out to his contact on in the bureau.  It was a woman.

Mike wants to pursue the lead. He thinks he and Ryan can filter out Joe’s person on the inside but Ryan is still hesitant about allowing Mike to join his team.  And Mike even knows why. Ryan doesn’t want Mike to become him – a man so bent on getting revenge that he’s willing to cross a line he never come back from.  Yet Mike is staying on. He has to follow his own path and it would be better when Ryan accepts that.

Finding Joe though won’t be as hard as they thought. Joe is readying up Micah for big showing and he won’t want to be sitting on the sidelines. Micah has been harboring other killers that have sought his refuge. But Julia made him hide these people away.  So first thing they have to do to get their killing spree up and running is to find a way to get around Julia.

Julia doesn’t want to kill people like her husband. He’s the one that honestly believes that killing people will release them from sin. And yet she kept him from fulfilling his life’s mission or the last twenty years.

Still with the arrival of Joe all of that changed. Joe can manipulate Micah. All he has to do is tell the man how to become famous. That’s what Micah really wants – acknowledgement for what he’s built! He’s going to kill people for his mission and he wants it to be a big spectacular which will all be written up by Joe.

Joe got Micah to kill a group of people that have spoken against him. And when Julia confronted her husband about killing his own people; she was put under lock and key for doubting their faith. She lost him to Joe and what’s worse is that she saw it coming and tried to stop it.

This is only the beginning. The next stop on this murderous tour is NYC. Joe told Micah that everyone always pays attention to what’s happening in New York so what better place to make a splash!