The Walking Dead Season 5 Spoilers: Scenery Change – Is It Time To Get Out Of The Woods And Into The City? 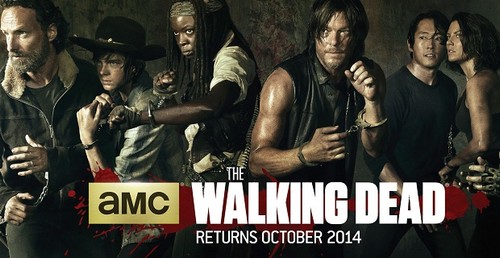 The Walking Dead season 5 is right around the corner and will be aired on Sunday, Oct. 12. In recent seasons, the surroundings have been fairly consistent. With the exception of some epic scenes in and around what was supposed to be Atlanta, the show has largely stayed woodsy. This is fairly understandable because the production costs are surely a good bit lower there. Still, the Atlanta city scenes were incredibly interesting. I think that a good dose of this would go very far towards injecting the series with a whole new feeling. Is it finally time to come out of the woods?

I say, yes. There are some reasons to believe that they are headed in that direction. They were fighting to get to Washington when they got sidetracked to Terminus at the end of season 4. Now, they are trapped in a rail car with a few of their friends missing or lost elsewhere. One can only hope that they all make it out and renew their attempts to get the cure to Washington.

Getting out of the Terminus situation feels a bit like the Governor story. I am hoping that they eliminate that part of the story and get back out and moving. After being stagnant so long with the Governor story I am ready to see them out and about once again.

The trip to Washington alone would surely take them through some great situations. It could almost be like a progression of sorts. As they move through different places and cities, they find different zombies and survivors. This would open the story to even larger backstories and elevate the series even more. The Walking Dead is already the best show on television, but they will surely not want to become stale.

In fact, Washington would be an awesome new setting. Can you imagine the landmarks that could be included to make the “end of world” scenario feel real? That would surely be epic in the series and would inject a freshness into the backdrop of blood, guts and woodlands. I love watching them in the woods and all, but I am ready to see what has happened in other locations. What is going on farther west? What is going on in Canada? What about in Russia?

These are all questions that could spurn all kinds of Walking Dead fun. Right now, the story is contained and that is fine. I do, however, wish they would venture out a bit more. Season 5 is sure to bring something new and exciting and I am hoping that new locations and backdrops are a part of that.