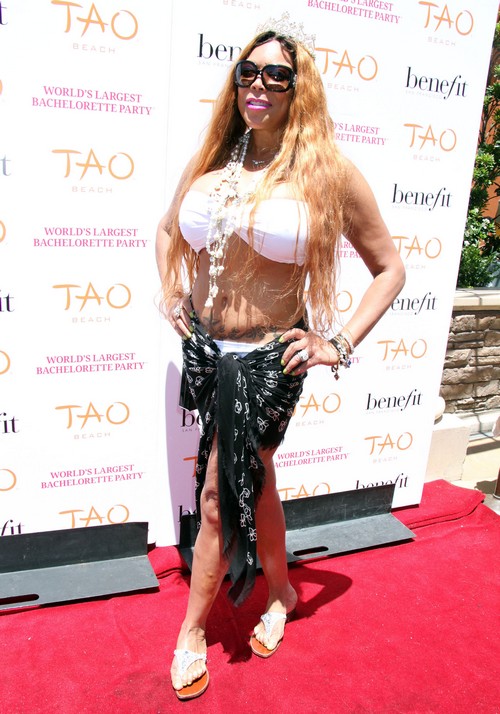 Wendy Williams isn’t known for holding her tongue, and is often accused of being grotesquely opinionated, but this time, she picked a fight with the wrong person. Wendy took it upon herself to comment on the second love child of Beyonce’s oversexed and irresponsible father, Mathew Knowles. Williams went on to criticize the child’s mother, TaQoya Branscomb, for giving her child the last name Knowles despite the fact Knowles was found to be the child’s father. Williams was strongly insinuating Branscomb made the decision to use Knowles’ last name strictly because she is an opportunist.

For some reason Wendy Williams felt it was appropriate to assure her audience that little Koi Mychael Knowles will never see success as a singer, and went on to deliver a stinging message to the young girl’s mother, “If you think that she’s going to get a big record deal” “that’s not going to happen.” She added, “I think that Koi Mychael Knowles will be able to perform at the state fair.“

That was enough to set Houston native TaQoya Branscomb, a real estate agent and former model, off—resulting in a scathing response to Williams. Domenick Nati of Nati Celeb Services shared Branscomb’s harsh words for the talk show host, “Wendy is out of line for talking about my child’s potential, and how she won’t be as famous as Beyoncé when her ass has no idea. She is encouraging bullying and hating just because of Beyoncé’s status. Also who’s to say if Mathew will or will not be in Koi’s life in the future? I’m fighting for my daughter’s rights so she won’t have to fight for them eighteen years from now. To say that my daughter isn’t going to be a successful person because of the way she was conceived is like saying man-looking, former crackheads could never have their own talk show.” Ouch! What do you have to say about that Ms. Williams? We certainly cannot blame Branscomb for getting upset with Williams for bashing her young child.

Tell us your thoughts, CDLers…was Wendy out of line or do you feel Branscomb is an opportunist? Tell us below.