Brandi Glanville Fired From Real Housewives Of Beverly Hills Because She Got Her Own Bravo Spinoff Show? 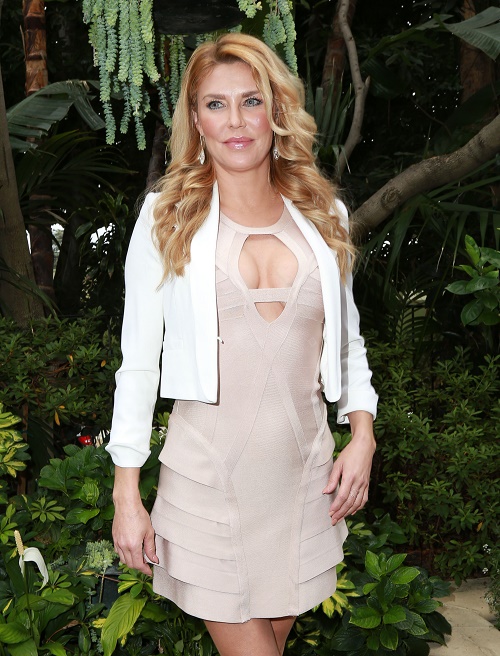 The Real Housewives of Beverly Hills season 8 cast rumor mill has been working in overdrive this month – and word on the internet is that Brandi Glanville has been fired from the Bravo reality TV show. But was she actually fired, or is she leaving RHOBH to star in her own spinoff show? When rumors first popped up that Brandi Glanville was going to be fired from RHOBH, no one was buying it. Regardless of whether you can stand Brandi or not, there is no denying that she has a massive fan base. Why would Bravo part ways with one of their biggest cash cows?

In a shocking twist that no one saw coming, Brandi Glanville actually took to Twitter and confirmed the rumors, and revealed that she still had not signed onto Season 8 and she was meeting with the network to try and work things out. Brandi teased that she had some “big decisions” to make. But neither Brandi nor Housewives producer Andy Cohen would confirm nor deny whether or not she had been fired.

So what exactly is going on with Brandi Glanville? Has she been fired or demoted from “housewife” to “guest” on the show? What are all of these “big decisions” that Brandi keeps tweeting about? Andy Cohen recently sat down for an interview with Anderson Cooper, and they discussed Brandi’s status on the show. Andy played coy and wouldn’t confirm whether Brandi had been fired, but he also dropped a huge clue and said that Bravo had no intention of letting Brandi leave the network. If Brandi is leaving RHOBH, but not leaving Bravo, that could only mean one thing – she is in negotiations for her own spinoff show!

Brandi scoring her own Real Housewives spin-off really does make sense. She doesn’t really get along with any of the other women anymore, so she might as well go it solo. But perhaps Brandi’s spinoff isn’t a reality TV show? Last month Brandi teased that she was excited about a new project and needed to take acting lessons, so it could be a scripted series. Rumors have been floating around for quite a while that Brandi’s hit books were going to be turned into a TV show and she would be playing the lead – herself. Maybe Bravo is the network that purchased the rights to her books?

What do you guys think? Is Brandi Glanville fired or demoted? Or is the reason she isn’t returning to Real Housewives because she got her own spinoff? Let us know what you think in the comments below!