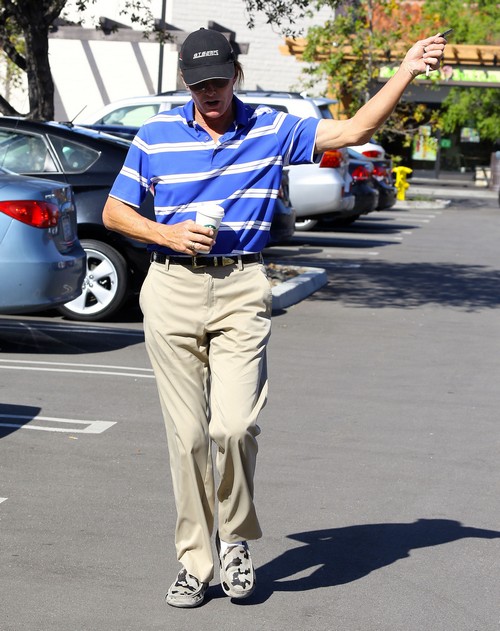 You know, we should have seen this one coming. All of the world is watching and waiting for Bruce Jenner to reveal himself as “her,” and now we have word on when to expect the grand reveal. Reports confirm that Bruce Jenner will reveal himself as a woman by gracing the covers of Vanity Fair in a high-profile photo shoot. Yep, that’s right! Bruce Jenner will have a full photo shoot as a woman and debut the photos on the very popular magazine. TMZ confirmed that celebrity photographer Annie Leibovitz will photograph Bruce this summer for the publication.

Either Kris Jenner is still doing Bruce’s PR, or Bruce learned a trick or two from his estranged wife because this idea is genius. Ever since Bruce had his iconic sit down interview with Diane Sawyer, the world has been waiting for photos of Bruce as the woman that he has only referred to as “her,” thus far. Now that Bruce is doing a full photo shoot as his new self, this magazine will be flying off news stands and generating a ton of money and publicity for the olympic athlete.

Not many people have seen Bruce Jenner as “her” yet, but Bruce’s step-daughter, Kim Kardashian is one of the few and approves. She told Access Hollywood, “she’s beautiful. It was amazing. She looked beautiful, really beautiful.”

To add to the PR campaign, the Vanity Fair cover set to roll out around the same time as Bruce’s series on E!, that will follow Jenner as his transitions from man to woman. So not only will everyone be buying the magazine and talking about the photos, we are sure the magazine will encourage it’s readers to tune-in to Bruce’s docuseries. What a perfect plan for Jenner to make some HUGE quick cash. We wonder if Playboy is next for Bruce Jenner, maybe a joint spread with Kim Kardashian?

Are you surprised that Bruce Jenner has chosen to reveal “her,” exclusively on the cover of Vanity Fair? Will you be tuning to Bruce Jenner’s docuseries? Let us know in the comments below.