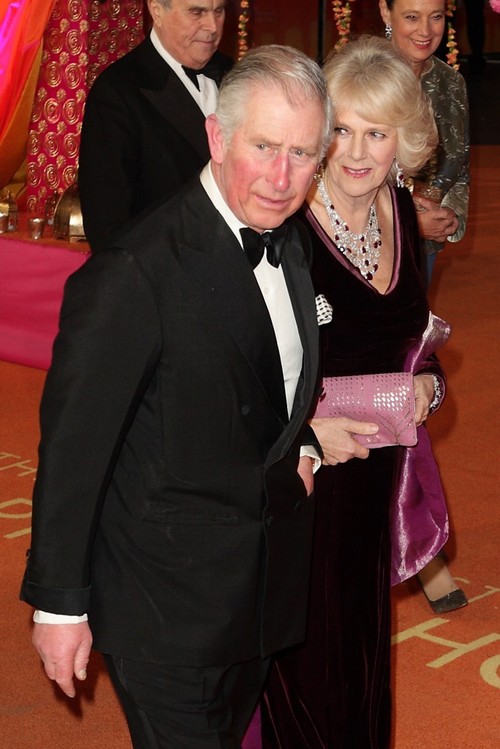 Camilla Parker-Bowles wants the throne and she is threatening Prince Charles with divorce if she doesn’t get it before Queen Elizbabeth changes her mind and appoints Prince William and Kate Middleton instead. and she’s not even attempting to hide her desperation anymore. Is that much of a surprise to hear that Camilla might even be pushing Prince Charles to accelerate his bid for the throne? Camilla probably realizes that Queen Elizabeth is this close to giving the throne to Prince William and Kate Middleton, and she wants Prince Charles to come in before the Queen has the opportunity to do that.

The younger royals’ popularity has never been higher, and that hasn’t escaped the Queen’s notice or her advisers’ notice. Honestly, if it wasn’t for tradition, Queen Elizabeth probably would have put Prince William and Kate Middleton on the throne already. But alas, the Queen is a stickler for tradition, if nothing else. I have a hard time imagining her throwing caution to the wind and deciding to skip over her own son, especially after handing off several major responsibilities to him. Furthermore, bypassing Prince Charles and Camilla Parker-Bowles would also require parliamentary approval, another potential sticking point.

Of course, Prince Charles is also not the type to forcibly push his ailing mother into handing him he throne, and that’s reportedly starting to affect his relationship with Camilla Parker-Bowles. Let’s be real – if we take into consideration the way these two first met, cheating on Princess Diana, it’s a miracle that they’ve even lasted this long. Divorce rumors aren’t anything new, but if it looks like Charles will allow Queen Elizabeth to hand the throne over to Kate and William, Camilla will file for divorce faster than Prince Harry strips off his clothing in a Vegas brothel.

Of course, such a divorce would become the scandal of the century and Camilla Parker-Bowles will undoubtedly use that to leverage a royal reality show or something equally ridiculous.

What do you guys think about Camilla’s plot to force Charles’ hand to grab the throne and become Queen? Do you think there’s any chance – no matter how minute – that Queen Elizabeth will skip past Prince Charles and hand the throne over to Prince William and Kate Middleton? Let us know your thoughts in the comments below.