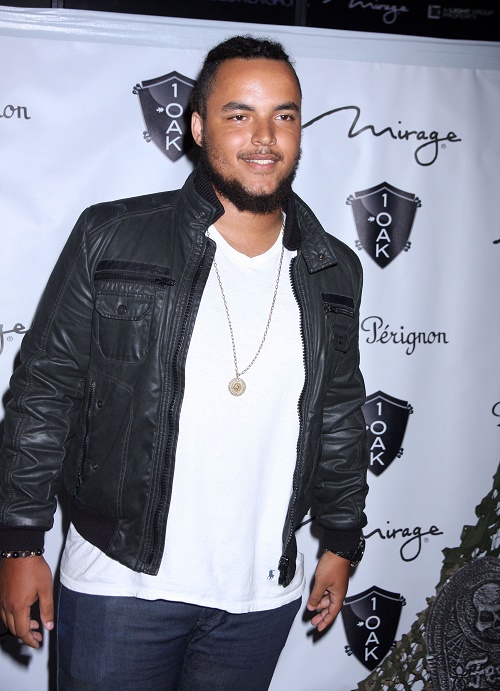 Connor Cruise followed in Drake Bell’s bitchy footsteps when he bashed Caitlyn Jenner on Twitter for being the recipient of the Arthur Ashe Courage Award. Tom Cruise’s 20-year-old adopted son tweeted, “Really? Winning the AA award for courage? Ashton is gonna come out and yell PUNK’D. Don’t get me wrong. Do what you feel like doing and don’t let anyone stop you. But everyone is taking this way too seriously…There are so many more important things that should be talked about…And SO MANY MORE IMPORTANT PEOPLE that actually deserve an award (sic).”

Someone didn’t take their Scientology meds this morning. Connor’s opinionated boat was rocked by a tsunami of retaliation. Thousands of Twitter users shared their opinion about Connor’s opinion – they called him “irrelevant”, “bigoted” and all that backlash jazz. Before deleting his Tweets – yes, he deleted them – Connor tried to cover up his useless words by following the altruistic “SAVE THE WORLD” cliché. “[What] about the fact that our planet is becoming less habitable on a daily basis. Yet the population is increasing at an alarming rate. Or the fact that we all can’t even get a long on earth lol. We fight and kill each other. We have war and poverty. This needs to change (sic),” he tweeted.

Hey, Connor? We also need world peace, a dash of Donald Trump’s toupee, and while you’re at it, maybe you could also bring us a supersized “No One Cares” meal? Give Caitlyn Jenner her moment. She waited 65 years to live her dream.

Connor, on the other hand, has done – wait, what has Connor Cruise done up until now? We know he’s an aspiring DJ or something-something. But did he tell the world about his personal struggles? No, he didn’t. Did Diane Sawyer speak to him about his past, present and future? No, she didn’t. Did he do anything courageous at all? No, he didn’t.

What do you think? Do you agree with Connor Cruise? Should someone else have the AA Courage Award? Let us know your thoughts in the comments below.