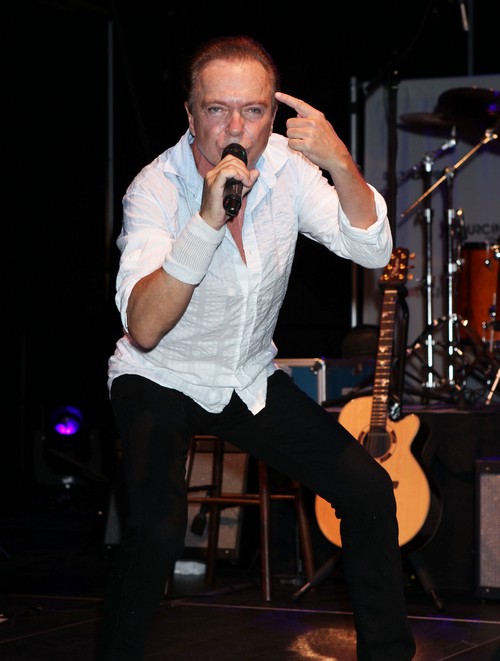 “The Partridge Family” star David Cassidy has officially hit rock-bottom. It’s no secret that the former teen idol has had a rough couple of years – but according to a new report, it’s only getting worse – and now the boozer’s mansion is being auctioned off to pay off his debts, and he is in the midst of a messy divorce to boot. In January of 2014 when David Cassidy was arrested for his third DUI in less than 5 years, it was clear that he was in a bad place – and his life has continued to spiral out of control.

David Cassidy recently admitted to suffering from anxiety and depression issues, on top of his alcoholism and other alleged addictions. And, considering the disarray his life is currently in and the fact that he is about to be homeless – we can understand why the actor would be stressed. This week’s edition of National Enquirer reveals that Cassidy’s mansion – the only asset he has left – is being auctioned off right out from underneath him to pay off his mounting legal fees.

A source dished to National Enquirer, “David has hit rock bottom and he knows it. His home, the only tangible asset he has left, is being sold out from underneath him, and he is in the middle of what could become a costly divorce. Even his own lawyers are suing him for nonpayment.” According to the insider, another Florida law firm has come forward, and they are claiming that Cassidy owes them over $100,000 in unpaid legal fees. In total David Cassidy owes over $2 Million in debts associated to his legal fees, divorce, and rehab – and the odds of his house’s sale bringing in that much money are slim to none.

You couldn’t pay us all the money in the world to swap places with David Cassidy. Hopefully, someone will step in and help the troubled actor get out of the deep hole he has dug for himself before it is too late. Are you as shocked as we are by David Cassidy’s current situation? Let us know what you think in the comments below!