‘Days of Our Lives’ Spoilers (DOOL): Flashbacks for 50th Anniversary – Blast From the Past 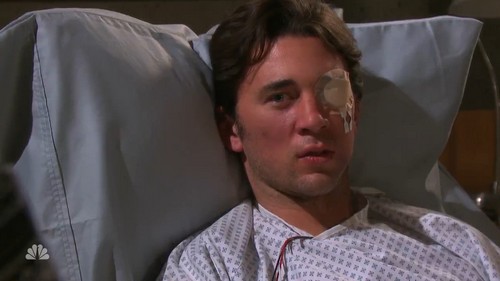 “Days of Our Lives” spoilers for Friday, September 11, tease that Maggie (Suzanne Rogers), Julie (Susan Seaforth Hayes) and Caroline (Peggy McCay) will gather to make plans for Salem’s bicentennial festivities. Victor (John Aniston) secured a Victorian home to serve as the backdrop for the shindig, but there are plenty of other preparations to be made. Maggie and Julie will want Caroline’s input on the celebration, but it sounds like these ladies will get a bit distracted.

DOOL spoilers say they’ll begin to gab about the past. You know what that means: flashbacks are on the way! We should see more and more of those as we get closer to the show’s 50th anniversary in November. Stick with “Days” for a trip down memory lane.

Meanwhile, Lucas (Bryan Dattilo) will get some bad news. “Days of Our Lives” spoilers reveal that Adrienne (Judi Evans) will decide it’s time to end her relationship with Lucas. They’ve had fun over the past couple of months and they’ve really grown to care about each other. However, there’s a big difference in loving someone and being in love with someone.

It appears Adrienne still believes there’s a chance for reconciliation with Justin (Wally Kurth). This isn’t their first divorce and it may not be their last. Whether it works out or not, Adrienne probably feels like it’s worth giving things another shot. When you have a love history like the one Justin and Adrienne have, you can’t give up without a fight.

Of course, a reunion won’t be easy. Justin is busy with his new job as district attorney and he’s found a taste of love in an unlikely place. DOOL rumors suggest that Justin and Eve (Kassie DePaiva) will continue to be drawn to each other as he helps Eve deal with her grief. Will Justin end up torn between two women? It’s possible, but most viewers would agree that Adrienne is Justin’s soulmate. There’s a good chance that Justin’s romance with Eve will fizzle once she comes to grips with Paige’s (True O’Brien) death.

Other “Days of Our Lives” spoilers say Theresa (Jen Lilley) will take Kate’s (Lauren Koslow) advice and try to make things happen for herself. Theresa will have a chat with Nicole (Arianne Zucker) about a potential partnership. Brady (Eric Martsolf) has been skeptical of Theresa’s sudden turnaround, but this is something she truly wants. Perhaps having a career goal will keep Theresa’s mind off scheming to win back Brady.Nicole, Kate and Theresa are very determined women. We may see all of them involved at Basic Black eventually. Stay tuned to the NBC soap for updates on how this business battle will turn out.

So “Days” fans, what do you think about the upcoming blast from the past? Do you enjoy classic DOOL flashbacks? Will Adrienne and Justin get back together? Will Theresa talk Nicole into making a deal? Let us know what you think in the comments below and don’t forget to check CDL often for the latest “Days of Our Lives” spoilers, rumors, updates and news.