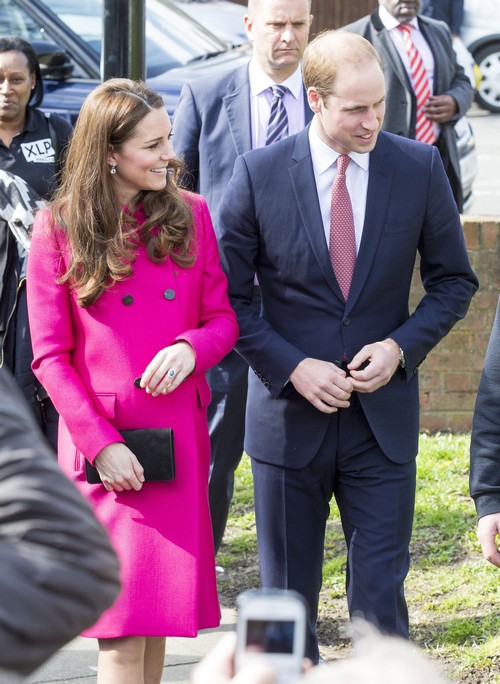 We are now weeks away from Kate Middleton’s due date, and the anticipation continues to build from royal baby watchers for a baby girl. We’ve received enough evidence to say with confidence that Kate Middleton will be giving birth to a baby girl, but just in case you’re not on board, here’s some more sources backing up the story, courtesy of an alleged sweet tooth.

According to a new report from the Daily Mail, Kate Middleton is convinced that she’s having a baby girl – because she has a sweet tooth. Apparently, Kate is buying into an old wives’ tale that states that if a pregnant woman is craving sweets and chocolates, she will give birth to a baby girl.

The Mail’s source adds, “Prince William has always had a sweet tooth, but Kate has really had sweet cravings during this pregnancy. She could barely keep anything down in the first months of her pregnancy but recently she just cannot get enough of naughty treats.”

Now, this isn’t a slam dunk story or anything concrete, but just an additional piece of information confirming what we already know. The Daily Mail’s royal sources are always pretty spot-on, and even though an old wives tale is hardly proof, Kate Middleton ‘telling’ her friends that she’s having a girl – even as a joke – should be construed fairly seriously. She isn’t going to joke about that when it’s something that both she and Prince William really, really want. We know that Kate and Will have wanted to give Prince George a little sister, and their joyous reactions to the ultrasound and their happy-go-lucky demeanors seem to confirm that they got their wish. But of course, we could be wrong…

What do you guys think? Is Kate Middleton going to be giving birth to a baby girl, or will a baby boy pop out when her due date comes up? Let us know your thoughts in the comments below.