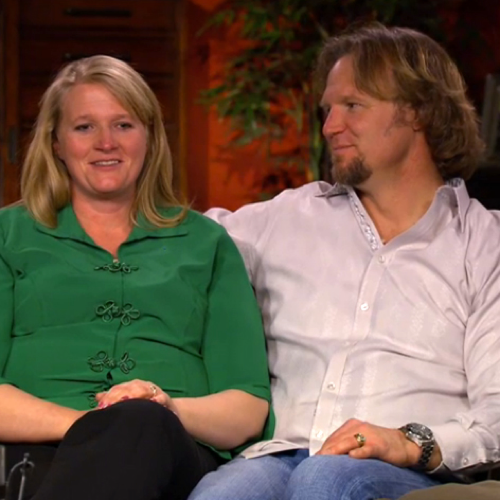 TLC’s reality show Sister Wives returns tonight with an all new Sunday September 20, season 6 episode 3 & 4 called “Wrestling With Adoption,” and we have your weekly recap below. On tonight’s episode, Meri gets emotional when she tries to tell the kids about the marriage-license shift to Robyn.

On the last episode, the official divorce of Kody and Meri brought about new questions; taking a look at the most dramatic and shocking moments. Did you watch the last episode? If you missed it we have a full and detailed recap right here for you.

On tonight’s episode as per TLC’s synopsis, “Meri gets emotional when she tries to tell the kids about the marriage-license shift to Robyn. Also: Kody wants to adopt Robyn’s children from a previous relationship, but he wonders what her ex will have to say about it.”

Robyn and Kody were proclaimed newlyweds again on tonight’s latest episode of “Sister Wives” and to them that only meant one thing – Kody could now officially adopt Robyn’s kids from her first marriage.

Though, before they could begin the paperwork, they had to ask the children involved whether or not they wanted to be adopted. And luckily they do. Robyn’s kids were actually ecstatic when they were asked. It seems that’s something they wanted for a very long time.

So once they gave their permission they then started celebrating early with their family. As in everyone got hugs. And they simply assumed their adoption would be a foregone conclusion. With the adoption swiftly going through.

However, it wasn’t easy getting into contact with Robyn’s ex. The other man was managing to evade the court papers as well as he had been with child support.

Meanwhile life went on for the Browns. The youngest Solomon finally got his hair cut. Kody was at first against it but after he negotiated with Robyn then he would have probably have cut Solomon’s hair himself if he needed to.

You see in exchange for a simply haircut, Kody was actually able to talk Robyn into trying for another baby. She had originally been holding off on the idea and later she was worried about how old Kody will be when their child became an adult. Yet she put that all aside because she was just as ready as he was to see what happened.

But that’s been a major criticism against the Browns. Some people feel they have too many children as it is and often the words child abuse gets thrown around when others question how much time Kody can spend with them all. And while these people don’t generally understand the dynamics of the family, they did hit on a sore issue.

Kody is very much involved with sports and with his sons that play sports. And so his daughters felt like there were times they were shut out. Madison had an issue with this herself and she admitted to it in her confessional.

Only her brothers say that could be said for any family. Many times a dad feels closer to his sons and that’s nothing against his daughters. He’s probably not even aware of what he’s doing.

But no one has remained silent. Christine admits to being very tough on Kody’s parenting style. She wants and has sometimes has demanded that he spend more time with his kids because that was once her own father’s biggest regrets.

Christine’s dad told her that he wished he had spent more time with his kids while he had the chance. And so she doesn’t want Kody to have those same regrets.

Although, once upon a time, Kody used to be good at being there for both his sons and daughter. In fact he used to take the girls on excursions when they were younger so that they knew he was there for them. But as they grew older and became pre-teens – the fun little trips all of a sudden stopped. And Kody was at a loss on what to do next.

So, yes, he’s slipped up but the most important thing is that he’s aware of where he went wrong and it seems that he is. Lately, he’s been taking steps to rectify his past behavior. And the sister wives have noticed this. Kody is taking more time to ask his daughters about his day and in addition he agreed to one daughter’s request to do something for her birthday that didn’t include her brothers.

Yet in the past few weeks there’s been another emerging issue. Madison is getting baptized into the more mainstream Church of LDS. And that’s a church that doesn’t acknowledge her father’s authority. So supporting his daughter’s decision was tough but Kody talked it out with Madison and it was what she really wanted to do.

So you see, he’s improving.