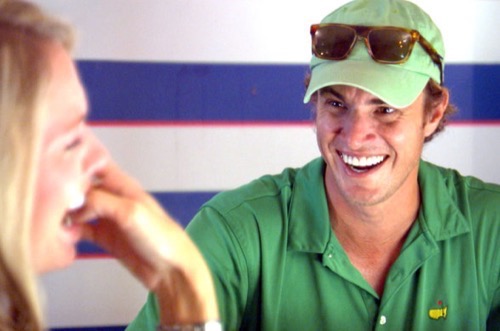 Tonight on Bravo Southern Charm returns with a new Monday April 6, season 2 Episode 4 called, “No Good Deed,” and we have your weekly recap below. On tonight’s episode after Thomas Ravenel tells Kathryn Calhoun Dennis about his “Raise the Roof” campaign ad, she ditches him to spend the night with a friend before turning her ire towards the real culprit, Whitney.

On the last episode, Shep and Whitney finally moved into their beach house as Kathryn confronted Jennifer Snowden about the true nature of her relationship with Thomas. Meanwhile, Cameran gave Craig some sisterly advice, which promptly went in one ear and out the other. And after Thomas enlisted Whitney’s help in making the perfect campaign commercial his relationship with Kathryn took a turn for the worse. Did you watch the last episode? If you missed it, we have a full and detailed recap right here for you.

On tonight’s show as per the Bravo synopsis, “after Thomas tells Kathryn about his “Raise the Roof” campaign ad, she ditches him to spend the night with a friend before turning her ire towards the real culprit, Whitney. Meanwhile, Landon helps Cooper prep for his upcoming fashion show and Craig decides not to study for the bar in order to focus on his newly found passion for modeling. Cameran enlists Shep’s help in her quest to get Craig back on the path to ambition and Whitney comes under attack when he comes face to face with Kathryn at Thomas’ fundraiser.”

Tonight’s episode is going to be another drama packed one, which you won’t want to miss. So be sure to tune in for our live coverage of Bravos’ Southern Charm Season 2 episode 4— tonight at 10PM EST! While you wait for our recap, hit the comments and let us know how excited you are about the new episode of Southern Charm tonight.

Apparently Thomas knows that his commercial was inappropriate but admitting that to Kathryn is a whole other story. You see he felt she overacted when she expressed her disgust with him. So he actually told her he didn’t feel like he should apologize when in his book he hasn’t done anything wrong.

And that, folks, was the straw that broke the camel’s back because soon after he said that Kathryn then felt like she needed a break. Specifically from him.

Hence she told him she was going out and that Kensington was his full responsibility for the rest of the night. And as it turns out that wasn’t an empty threat on her part. Kathryn did stay out and she also slept over at her friend Danni’s. So Thomas didn’t hear a word from her until next morning and by then he was bracing himself for the next fight.

Lately, it seems like that’s all they’ve been doing and so Thomas has gotten to a point where he expects argument. And never a real conversation that might eventually lead to a healthy relationship.

However, Kathryn didn’t pin all her anger on him. After all she knew it wasn’t his idea to make a commercial that came off as a mockery to everything he tried to stand for. So she is rightfully angry at Whitney as well.

While Thomas tends not to think, it’s Whitney that knows what he’s doing when he intentionally does something that will tick off Kathryn. And later when Whitney and Shep were talking about the same ad, he appeared to take joy from the mere idea that he could have upset Kathryn. So if anything its Kathryn and Whitney that need to work out their issues.

And out of the two its Whitney that will put up the most roadblock.

Now Shep and Whitney are good friends but it wasn’t until they began living together that Shep realized how immature his friend can be. You see they had thrown a house warming party and at first it was fun. But once that’s over then it’s time to clean up. And spoiled, still a boy, Whitney proved to be of little help.

So the dream of the two friends living together quickly wore off. And Shep began helping out Landon with her new job. Leaving Whitney to finally concentrate on this restaurant he’s been trying to open for the last year.

Last year the boys were supposed to open a restaurant together but Whitney thought Shep was too juvenile. So since then Shep opened his restaurant and Whitney, when told he might actually have to work at the restaurant, no longer found the idea of owning one appealing. And oddly its Shep that currently been asked to step in a role model.

So really was the more adult one?

Craig has been holding off on taking the bar exam for the longest so Cameran told Shep he should to talk to him. She feels like Craig looks up to Shep and if it’s his role model that telling him to get serious – maybe he’ll listen. So Shep agreed to the plan.

And he agreed to go to Thomas’s fundraiser. However that last part was a mistake because once again Thomas put little forethought in planning an event. He invited a handful of people and the party still ended up being a dull affair. So at one point Thomas’s mother pulled Kathryn aside and told her that she should be helping Thomas with his campaign.

But he doesn’t want her help and his friends all seem to scorn the idea that she could help him. Yet, most of the women at the party agree with Kathryn about the commercial. They don’t see the sense in it and few of them wanted Kathryn to say something to Whitney.

Kathryn on the other hand didn’t want to say anything. She didn’t want to cause drama at Thomas’s event but Whitney came over to her to talk. And so she vented and he essentially laughed at her.

Because everything is a joke to Whitney!