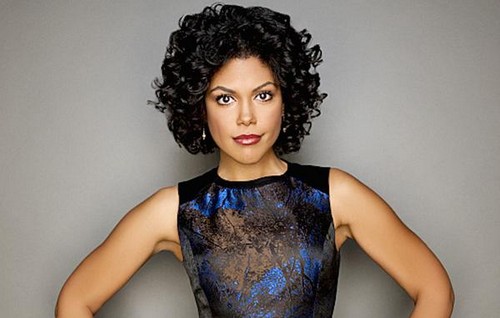 “The Bold and the Beautiful” spoilers tease that Maya (Karla Mosley) will continue to provide details about her past. Karla Mosley tweeted that Maya would speak to Nicole (Reign Edwards) on Monday about the baby that was adopted. However, Mosley later corrected it to Tuesday and added that “these ladies have lots to discuss.” In an interview with TV Line, Mosley said that “it’s an adoption story” and noted that “we never saw that she HAD the child.” Nicole will grill Maya about why she made the choices she made and Maya will do her best to give her some answers. Perhaps B&B viewers will be able to piece together exactly what happened with Maya’s ex, Jesse (Ricky Paull Goldin), and the baby.

Meanwhile, Ivy (Ashley Brewer) will have to put up with more of Rick’s (Jacob Young) antics. Rick was already treating his family and employees horribly, but now he’s taken a particular interest in making Ivy’s life miserable. Ivy probably should have known that standing up to Rick wouldn’t end well. Nevertheless, Ivy will be forced to suffer as Rick’s vendetta carries on. Fortunately, Ivy will have Liam (Scott Clifton) to rely on for support. “The Bold and the Beautiful” promo video for Tuesday, March 24, hints that Liam will offer Ivy the keys to his house. It sounds like Rick might give Ivy the boot from the mansion. Ivy’s probably better off moving out considering the big reveal that’s coming. Rick’s sure to be on the warpath once he learns that Maya hasn’t been anywhere close to completely honest. Stick with B&B to find out how Rick reacts to the news that Maya used to be a man.

After Liam updates Ivy’s living arrangement, he’ll have another issue on his mind. The fight to take control of Forrester Creations has been put on the backburner thanks to the Maya/Myron drama, but B&B writers haven’t forgotten about it. “The Bold and the Beautiful” spoilers indicate that Liam will revive his efforts as he tries to get his plan back on course. The rumors say this storyline will soon take an interesting turn that could involve Bill (Don Diamont) and Katie (Heather Tom). Stay tuned to the CBS soap to find out if Liam’s team can bring Rick down.

So B&B fans, what do you think about Maya’s discussion with Nicole? Will the updates to Maya’s backstory make sense? What about Rick’s harsh treatment of Ivy? Will Liam be able to put Rick in his place once and for all? Let us know what you think in the comments below and don’t forget to check CDL tomorrow for the latest “Bold and the Beautiful” spoilers, rumors, updates and news.