‘The Bold and the Beautiful’ Spoilers: What is The Big Secret Nicole Knows About Maya – Shocking New Rumors! 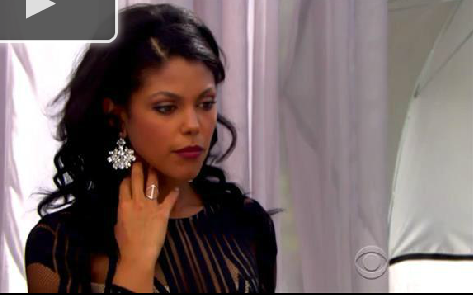 “The Bold and the Beautiful” spoilers tease that Nicole (Reign Edwards) has major dirt on Maya (Karla Mosley). The secret is undoubtedly big, but just how shocking is it? There’s certainly no shortage of theories out there. From Twitter and Facebook to blogs and message boards, the Internet is on fire with speculation about what Maya’s been hiding. Fortunately, we’ve done the digging for you. Let’s examine some of the most popular rumors that have been floating around.

First, there’s the theory that Nicole is Maya’s daughter. A lot of people have been speculating about this possibility from day one, but now more details have emerged that have the scales tilting in this direction. After all, Nicole said she wasn’t about to let Maya sweep her under the rug just because she was ashamed of her. Maybe Maya got pregnant as a teen and her parents chose to raise the baby as their own to spare their family embarrassment. Maya would have been very young, but soaps never have a problem with making minor age adjustments to characters anyway. A recent “Bold and the Beautiful” spoilers promo video also contains a little nugget of potential evidence. Nicole says that she has the power to take away everything Maya has worked for with one word. “Mom” sure sounds a good fit.

Next, we have the theory that Maya is in cahoots with someone and she’s been paid to pull a fast one on Rick. Perhaps the whole point was breaking up Rick and Caroline (Linsey Godfrey) to set Rick up for a giant fall to come. Another option would be that Maya was so in love with her ritzy lifestyle that she fixed the quarterly numbers to allow Rick to retain his position as CEO of Forrester Creations. Maybe the sales with Rick at the helm took a nosedive and Maya was trying to cover up his blunder. Nicole has some computer hacking skills and it wouldn’t be hard for her to find out that Maya was responsible for some document tweaking.

All of these theories have their problems. For example, since B&B spoilers hint that Maya will ask Carter (Lawrence Saint-Victor) to do a background check on Nicole, it looks like she’d be afraid he might find something that connects them as mother and daughter. As for the prostitution and porn, it almost seems like Rick wouldn’t really care. Rick already knows Maya has a troubled past. Being married to another man would certainly shock Rick, but Maya could probably explain it somehow. If she wanted to stay with Rick, signing some divorce papers would be an easy fix. As for the idea that Maya went behind Rick’s back, that one could have devastating consequences. However, the secret seems to be rooted deep in Maya’s past. Something that happened recently might not be as likely.

Bottom line, we may not know the truth about Maya’s secret until Nicole finally spills the beans. Until then, the rumor mill will keep churning. We’ll give you updates if we hear any news on what Nicole is holding over Maya’s head.

So B&B fans, what do you think Maya’s big secret is? Do you believe one of these theories or do you have one of your own? Let us know what you think in the comments below and don’t forget to check CDL tomorrow for the latest “Bold and the Beautiful” spoilers, rumors, updates and news.