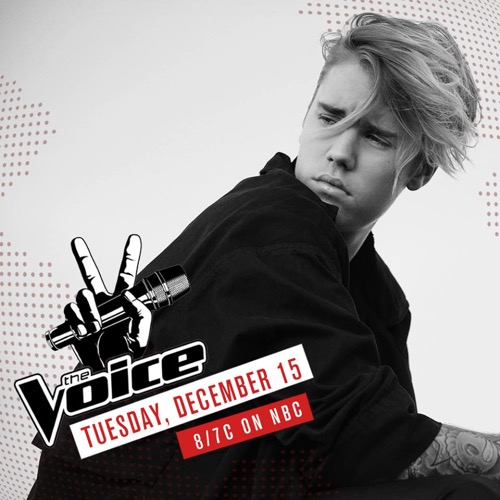 Tonight on NBC the Emmy award winning music competition The Voice continues with an all new Tuesday December 15, season 9 Finale called, “Live Finale, Part 2,” and we have your weekly recap below. On tonight’s episode after weeks of fierce competition the winner is revealed in the conclusion of the two-part Season 9 finale.

On the last night’s episode, the top 4 remaining artists Barrett Baber, Emily Ann Roberts, Jeffrey Austin, and Jordan Smith performed live in front of the coaches Adam Levine, Blake Shelton, Gwen Stefani and Pharrell Williams. Did you watch the last episode? If you missed it we have you covered with a full and detailed recap right here for you.

On tonight’s episode as per the NBC synopsis, “it’s the season finale of “The Voice,” and host Carson Daly will reveal who America has chosen to be the winner. Adam Levine, Blake Shelton, Gwen Stefani and Pharrell Williams star as the celebrity panel of coaches. Special guests will include performances from Justin Bieber, Coldplay, The Weekend and Missy Elliott. “

Who are you rooting for and who do you think will be sent home tonight? Jordan Smith’s performances has cracked the top 10 on iTunes’ singles chart since season 9 began, the singer says he’s still shocked that he is doing so well. Do you think Jordan is a strong contender to win it all?

Tonight’s season 9 episode 26 is going to be exciting. We’ll be blogging it right here for you. In the meantime hit up the comments section and tell us your thoughts on season 9 of The Voice.

#VoiceFinale begins with the Top 4 and the remaining of the top 24 sing an opening song “Lean On” to get us ready for the guest star packed finale episode. Barrett Baber is next doing a duet with Zach Seabaugh – they’re singing “Forever and Ever Amen” by Randy Travis. They do a great job on the hit country song from the late 80s.

Next up is Coldplay singing their new single “Adventure of a Lifetime.” For some reason there are people in the judge’s seats wearing monkey suits. Coldplay was awesome as always – Chris Martin was very bouncy. Next is a skit of Blake Shelton playing country mafia Don. Zach calls him country godfather and Adam Levine says they scare him.

Brad Paisley says there’s no such thing. Gwen says she wants to get to the bottom of it. He tells her this one time she can ask about my business. Then Dolly Parton is there and he calls her country Godmother and she says – get out of my chair! It was really cute. Next up is a group performance of The O’Jays “Love Train.”

Next up is Emily Ann Roberts celebrity duet with country legend Ricky Skaggs. They sing “Country Boy” and Ricky tears it up on the guitar. Emily Ann does well and keeps up with the country star.

Next is a duet with Jeffery Austin and Madi Davis who are doing “Tears Dry on Their Own” by Amy Winehouse. They do an amazing job and it’s very different with samples from other classics – a cool arrangement. Missy Elliott and Pharrell do “WTF” next and their marionettes are part of it – very cool.

Next is a look at The Voice confessional. Jeffery talks about how he hoped he could discover himself as an artist in this process. Emily Ann says she didn’t think beyond the blind audition. Jordan says it’s surreal to be in the finals. Jeffery says winning would be a dream. Jordan says you can be who you are not have to fit and winning would show that.

Adam says Jordan is incredibly dignified and deserves to win. Barrett says winning would make up for the sacrifices his family has made. Blake talks about Emily Ann’s love of vintage country music is something you don’t see. Emily Ann says she feels like a winner already. Blake says he’d love to see one of his artists win.

Next is a duet with Jordan Smith and Usher. They do Usher’s hit “Without You.” They really kill it. Then Sam Hunt takes the stage to perform “Break Up in Small Town.” Next we see Carson Daly send the Top 4 on a scavenger hunt at Universal Studios. They head out in golf carts looking around. They start at the Bates Motel house and get another clue. [CLICK HERE FOR VIDEO]

Next they go to Jaws – they only have 30 minutes to do this. The next clue sends them to the Mexico section where they find the four judges and new cars for all four of them. They get to pick from four models of Nissans. Jordan is thrilled since he doesn’t have a car. Barrett chooses a family car. They are all thrilled.

Next up is Barrett Baber’s celebrity duet. He does “No One Else on Earth” with Wynonna Judd and they absolutely kill it. It was pretty amazing. We see Blake in a pit crew costume. He says he’s going to win this and they do a funny car racing skit about the competitive judges. The WeekND is next and he does “Earned It” and is flawless as always.

Then another group number is “Any Way You Want It” by Journey. Jordan leads the group for that one and absolutely kills.

Next is a group number led by Emily Ann. She’s chosen “Holler If You’re With Me” by Tate Stevens. The ladies rock the house. Next is a skit about how crazy Adam Levine is – it’s about him earning the title “Best Coach Ever.” The artists talk about how great he is and then we see him in fake flames after he promised to set him on fire then swinging from the rafters.

Jordan says he can be possessed. Then we see Adam as a possessed monster. Gwen says he’ll walk on hot coals then we see that too. Usher says he would swim with sharks if he thought it would help. Amy says he will do anything. He says he’ll dance til the cows come home. Then there are cows. We see him promise to get Shelby a giraffe. He brings one to the set. A real live one.

Next up is Justin Bieber who sings his hit “Sorry.” The girls in the crowd go nuts. Finally, Carson brings the Top 4 down to the stage. Carson reads off the name of the person in 4th place – it’s Team Gwen’s Jeffery Austin. Barrett Baber from Team Blake takes 3rd place. 2nd place is Emily Ann Roberts from Team Blake. And the winner of Season 9 of The Voice is Jordan Smith making Adam Levine the winning coach.

Adam comes to hug Jordan and Jordan’s family comes up to hug him. It’s a great moment. He gets the trophy and then is asked to sing again. He does “Climb Every Mountain” as his victory lap song.
THE END!