‘The Young and the Restless’ Spoilers: Marco Kills Harding for Saving Jack, Phyllis Next Liability on Drug Lord’s Murder List 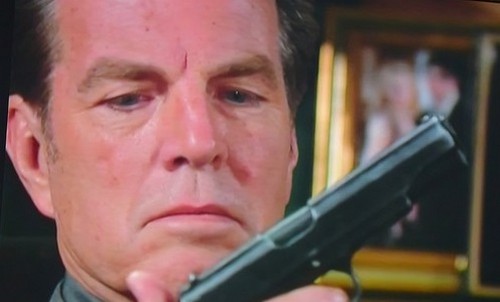 “The Young and the Restless” spoilers for Monday, August 17, offer an episode of Y&R that will leave fans breathless with excitement as Marco strikes again. Neil (Kristoff St. John) will show up at the wedding and announce that he has something to tell the bride. Devon (Bryton James) will urge Neil to stay quiet, but Neil will insist that he has to get this off his chest. Neil will say that he isn’t there to stop Devon and Hilary’s (Mishael Morgan) ceremony. Instead, Neil will declare that he forgives both of them and wishes them a lifetime of happiness. Hilary and Devon will be grateful that Neil has made peace with their marriage. They’ll finish tying the knot as Colin (Tristan Rogers) looks on in shock. Colin will later question Neil about his decision. Neil will say Colin needs to delete the video or he’ll tell Jill (Jess Walton).

Meanwhile, Noah (Robert Adamson) and Marisa (Sofia Pernas) will run into what they think is Jack (Peter Bergman) at the park. Marisa will soon realize that it’s Marco (Peter Bergman). At the cabin, Kevin (Greg Rikaart) will spy on Detective Harding (Chris McKenna) and hear him ordering protection for Jack and Phyllis (Gina Tognoni). Harding will catch Kevin and wonder what he’s doing there. Kevin will start asking questions, but Harding will urge him to mind his own business. 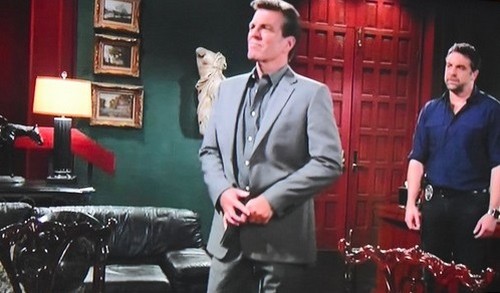 At Crimson Lights, Noah and Marisa will comment on seeing Jack in the park earlier. Summer (Hunter King) will think that’s odd since Jack and Phyllis were supposed to be at the wedding. Kevin will arrive and give the cabin crew updates on what he’s learned about Harding. Kyle (Lachlan Buchanan) will suggest that Jack wouldn’t be involved with a shady guy like Marco, but Victor (Eric Braeden) might. They’ll all start to argue and Kevin will try to calm everyone down. Noah will ask Marisa about a possible connection, but she’ll lie and say Marco never mentioned Jack.

Other “Young and the Restless” spoilers reveal that Paul (Doug Davidson) will hint that Dylan (Steve Burton) could be a police officer if he wanted to be. Sharon (Sharon Case) will be concerned for Dylan’s safety, but she’ll sense that it’s something he really wants to do. Dylan will indicate that he wants to have a job doing something meaningful and being a cop might be his destiny. The change is undoubtedly big news for this couple.

At the wedding, Jack will get a text that seems to be from Victor. Viewers will learn it’s actually from Marco. The message will say to come to Victor’s office ASAP. Phyllis will go with Jack to Newman Enterprises, where Harding will turn them away. Harding will say there’s a serious threat and the security cameras have been turned off. Phyllis will realize that Marco must be in the building. Jack will want to confront Marco, but Harding will order another officer to lead them out. Jack and Phyllis will discuss the idea that it could have been a trap. Jack will think the person who called in the tip must’ve known Marco. After all, most people would assume Marco is Jack. They’ll believe Victor and Marisa are the only ones who know they’re lookalikes. 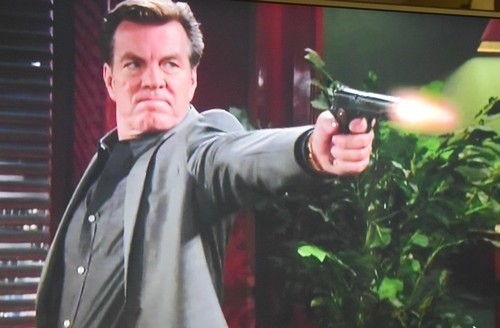 Harding will go into Victor’s office to find Marco, who will be furious that Harding got rid of Jack. Harding will wonder if Marco was planning on killing Phyllis as well. Marco will hint that it might not be a bad idea since Phyllis could be considered more of a liability than a perk. Harding will say that Marco needs to dial it down because Kevin is suspicious and Dylan is on his back. Marco will reply that maybe he needs a new plan instead. Harding will ask what his idea is and Marco will say he’ll show him. Then, exactly as CDL Y&R spoilers predicted, Marco will lift his gun and puts a bullet right into Harding. It appears Harding is a goner. Y&R rumors say Marco could strike again if the doppelganger situation isn’t discovered soon. Stay tuned to the CBS soap to see who will be responsible for bringing Marco down.