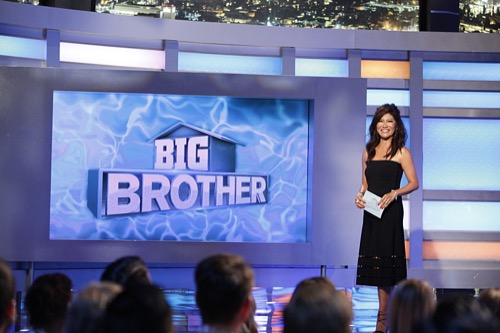 Tonight on CBS Big Brother 18 airs with an all new Thursday, July 21, season 18 episode 14 and we’ve got your Big Brother 18 recap down below! On tonight’s episode, another houseguest is evicted from the compound.

On the last episode, the houseguests competed head to head for the Power of Veto. Did you watch the last episode? If you missed it we have a full and detailed Big Brother 18 recap, right here for you.

On tonight’s BB18 as per the CBS synopsis, “a houseguest will be evicted from the compound.  Then the Head of Household competition will begin!”

Tonight is the LIVE eviction. Soon, James finds out that Natalie is mad at him about something. She’s mad that he was cuddling with someone else. They admit to each other that they really like each other. Natalie says, “Guess what, America. It looks like James and I are BB official.”

Paulie says he doesn’t want to miss another shot at Tiffany when they could target Mama Day. Corey admits that Tiffany is a bit of an outcast and that, right now, Mama Day appears to be the bigger threat in the house seeing as how she could potentially sway votes later in the game.

Tiffany talks with Paulie and says that she really wants to work him him. She’s trying to throw Mama Day under the bus; she tells Paulie that Mama Day is a back stabber. Tiffany also says that Paulie is NOT her target – not now and not ever. In a DR recap, Paulie says that he’s a little surprised about Mama Day’s game play. He thought he was working well with her.

In a DR sequence, Mama Day says that when you’re on the block you always have to keep your eyes and ears open. Day says that she’s trying to remain positive about this week and the outcome. She says she’s closest with James at the moment.

James goes into the pantry. Paulie enters, too. James says that Day is his girl but he reveals that Day IS, in all reality, coming after Paulie.

They do an interview segment with Cody, Paulie’s brother, and Vanessa, Tiffany’s sister. They talk about game play. Cody says that Paulie is making a mistake by getting involved with a showmance. Vanessa says that Tiffany’s biggest challenge is the fact that she shares the same DNA as her. V says it’s no secret that she played a pretty aggressive BB game. V says that Tiffany doesn’t owe Day ANY loyalty because Day hasn’t had her back at all. V says that if Tiff can survive this week that she’ll go super far.

Tiffany is evicted from the Big Brother 18 house. 8 HGs voted to evict her. When asked by Julie why things went SO wrong SO quickly, Tiffany said that she tried to stay low and under the radar at first. But then she slowly became aware of the fact that she chose to align herself with the wrong people.

When asked by Julie what it meant to play the game in the shadow of her sister’s past, she said that it didn’t influence her decisions that much. When asked what she might do differently if she was given the chance to play the game again, Tiffany said that she wouldn’t be so emotional. Julie says, “You are Vanessa’s sister after all.”

People who will compete tomorrow in the Battle Back competition (listed in the order of their eviction) include Glenn, Jozea, Victor, Bronte, and Tiffany.

There’s no HoH competition tonight, as it will be held Friday night following the Battle Back competition.

Julie greets the HGs to give them all some news. She says that, for 37 days, they have competed in teams. She says, “But all good things must come to an end.” She ends the team twists and, with it, also goes the Roadkill competition. She says that, moving forward, everyone is on their own. Also, there will only be two houseguests sitting on the chopping block from here on out.

Also, she says there will be MORE twists and secrets to come. She tells them goodnight and then signs off.