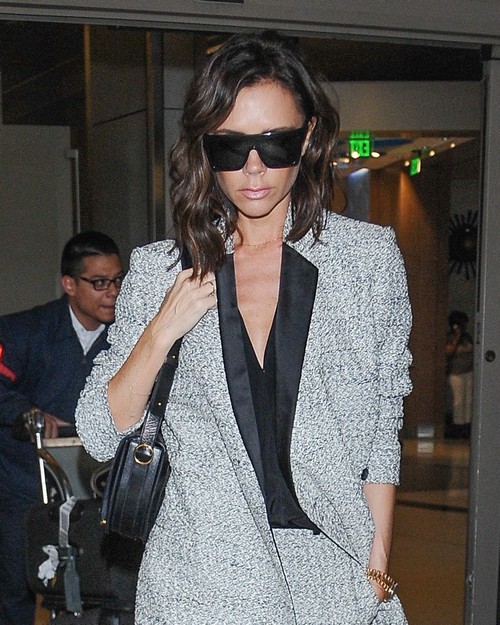 Eyewitnesses spotted David Beckham flirting with an unidentified woman after another on of his hot and sweaty gym sessions according to OK! Magazine. The star athlete has been spending a lot of his free time at the gym and now fans might know the reason why. David Beckham’s wife Victoria Beckham was nowhere in sight when the mystery brunette couldn’t help herself but get chatty with the handsome Brit.

According to Radar Online, this of course, isn’t the first time David Beckham’s flirting has caused some serious problems. One source said that earlier this year, “David and this woman would work out next to each other and flirt before, during and after class. She was in her 30s, skinny, and they chatted all the time. David was completely charming her. He laughed and smiled and asked her silly questions about working out and what she was doing after class.”

David Beckham must have a thing for beautiful brunettes a back in 2004 he was accused of having an affair with glamour model and British media personality Rebecca Loos. David Beckham denied the allegations at the time, but it sure did cause a rift in his marriage to Victoria Beckham.

Yet, it looks like old habits definitely die hard as the former English team captain can’t keep his eyes off of other women. Surely, that might be the reason why David Beckham and Victoria Beckham are rarely seen in public together these days.

If that weren’t enough, a potential Beckham divorce has also been making headlines, as close sources say that it’s only a matter of time before David and Victoria pull the plug on their marriage for good. The only thing holding them together, other than their four children, Brooklyn, Romeo, Cruz and Harper, is their Beckham Brand the millions of dollars they would lose if they would indeed divorce.