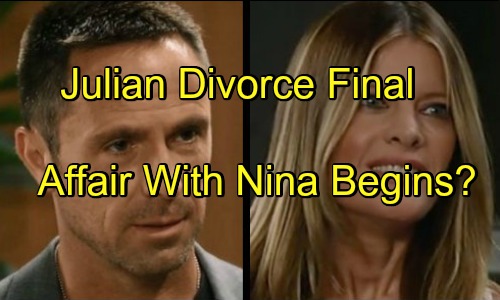 New General Hospital (GH) spoilers tease that in coming days, Julian Jerome (William deVry) will cave and sign the divorce papers that Alexis Davis (Nancy Grahn) gave him back when he was in GH after she stabbed him in the back (literally). So what’s next?

Julian told Alexis in court that he still wants to be with her, but she’s made it clear she’s done with him and Sam Morgan (Kelly Monaco) sealed it with a slap to his face. Lucas Jones (Ryan Carnes) has also walked away from his dad. 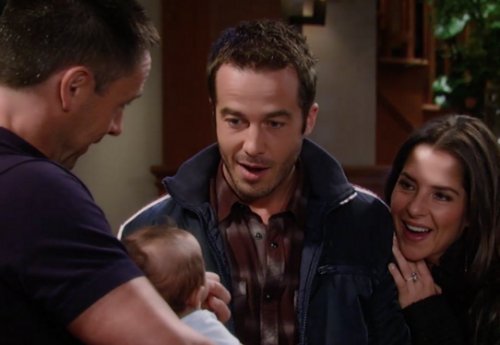 That leaves little Leo and Olivia Falconeri (Lisa LoCicero) is likely going to block visitation and she’ll have Alexis fighting on her behalf so Julian might lose his youngest child. All Julian has left is Ava Jerome (Maura West) and she’s neck deep in other plots.

General Hospital spoilers reveal that Julian has to adjust to a harsh new reality. He’s lost his family. Plus he’s got Sonny Corinthos (Maurice Benard) chomping at the bit to murder him with only Carly Corinthos (Laura Wright) holding him back. 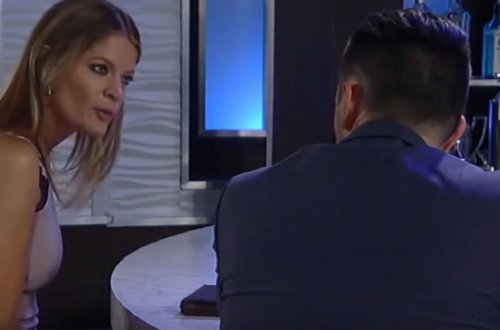 Griffin Munro (Matt Cohen) is praying hard but secretly wants to throttle Julian for murdering his father Duke Lavery (Ian Buchanan). Julian will focus on work because that’s the one place he can go without too many glares since he still signs the paychecks.

Returning to work puts Julian back in the realm of hot mess Nina Clay (Michelle Stafford). Nina has got no man in her life and long-simmering GH spoilers tease that Nina and Julian will enjoy a romance at some point in the future. 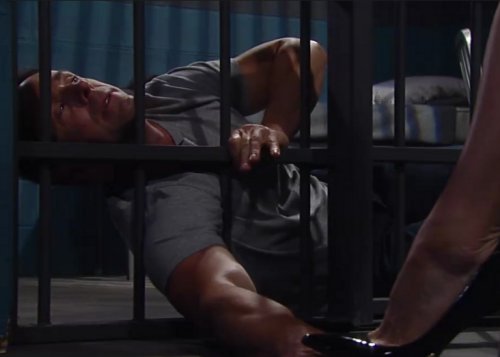 Nina did NOT testify against Julian at his trial and offered the alibi that kept him off the PCPD’s radar for a while. However, she did thwart two escape attempts that Julian tried – one with the drugs at GH and another with pilfered keys at the PCPD lockup.

Then again, Julian might not care too much. It’s not like she wore a wire and recorded him confessing murder, right? Nina needs a man in her life and she also wants a kid. Julian can’t help with the latter since she’s infertile but he can help with the former. 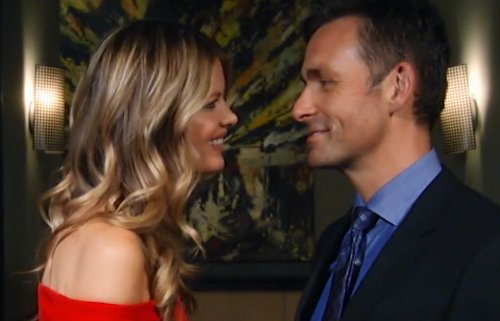 Nina’s last lover was Valentin Cassadine (James Stuart), another known murderer so she might hook up with Julian. Franco (Roger Howarth) has clearly moved on with Elizabeth Webber (Rebecca Herbst) and Silas Clay (Michael Easton) is dead and gone.

Julian is available and looking for love since he’s rebounding off his divorce and hasn’t had any loving while he was locked up at the PCPD. Most women in Port Charles would reject Julian out of hand, but Nina might give him a second look. 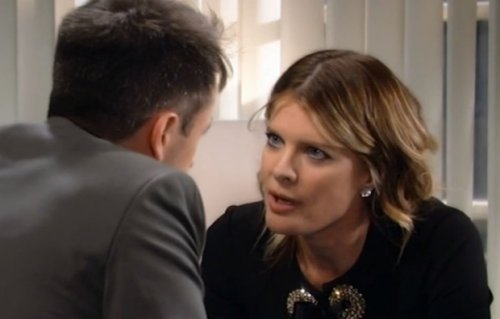 After all, she’s a criminal herself, has terrible judgment in men, and Julian is a sexy beast even if he’s a known criminal who skated on murder charges. You might think him trying to kill Alexis would dim his romantic prospects, but you never know.

Julian and Nina would be fun to watch and neither has any other action going on so we’ll see. What do you think GH fans? Would you like to see Julian and Nina together? Is she the one woman in Port Charles that might give him the time of day?