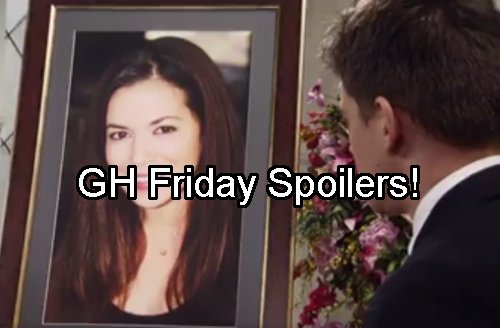 New General Hospital (GH) spoilers for the Friday, September 23 episode reveal that Port Charles gathers for Sabrina’s funeral, Tracy hears something she shouldn’t from Paul, Curtis has insight into the killer case, and Jason and Franco see eye to eye for a change. 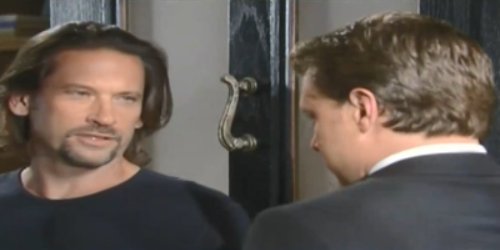 Jason Morgan (Billy Miller) shows up at Liz’s house and Franco (Roger Howarth) answers the door and tells him it’s not a good time. Jason will insist on seeing her but Franco is playing the caretaker and doesn’t want her upset. Jason and Franco have to find a way to cooperate and play nice.

At the funeral, Lucy Coe (Lynn Herring) is on hand, along with Dante Falconeri (Dominic Zamprogna), Felix DuBois (Marc Samuel) and Jason is right there at his nephew’s side supporting him. Paul Hornsby (Richard Burgi) is there with Tracy for the event and he’s struggling to maintain his composure. 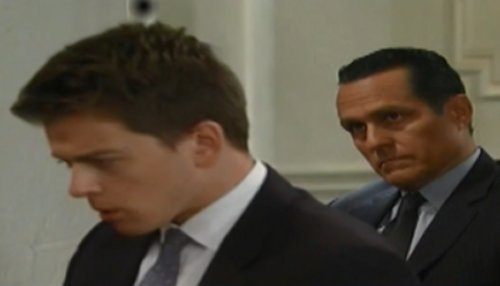 Sonny Corinthos (Maurice Benard) and Carly Corinthos (Laura Wright) are there for their son – but will Michael take Griffin’s advice and make up with his mom? As the funeral kicks off, Dante whispers to Tracy that the PCPD may have caught a break in the case and she’s interested – so is Paul.

He has to try and drag the case off track so he can finish off the last victim on his list – Monica Quartermaine (Leslie Charleson) who is under armed guard. Paul tells Sabrina’s portrait he’s “sorry” and Tracy Quartermaine (Jane Elliot) overhears him.

Tracy could be at risk if she realizes her ex-husband is the GH serial killer. Curtis Ashford (Donnell Turner) and Valerie Spencer (Brytni Sarpy) enjoy a morning of passion but then Curtis gets serious about the killer case and comes up with some insight that could put the PCPD a step closer to solving the crimes.

Andre Maddox (Anthony Montgomery) tells Jordan Ashford (Vinessa Antoine) that they need to solve the case now and get the hospital reopened ASAP or it might never open again. Will Jordan and Andre listen to Curtis’ suggestion with an open mind and move forward with the case? 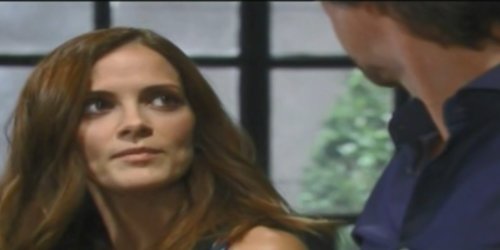 Hayden Barnes (Rebecca Budig) makes the most of her newfound freedom now that her mom Naomi Dreyfus (Robin Riker) made the ultimate sacrifice to save her. She goes to see Hamilton Finn (Michael Easton) and is stunned to see his hotel room has been trashed.

She asks what went on and Finn confesses to her that he’s going to die – with the hospital closed, he can’t do his research and he’s running low on the illegal meds that are keeping him alive. Hayden manages to lift his spirits and the two share a toast that’s hopeful.

All this and more on the cliffhanger episode of GH on Friday, September 23. Watch then check back with CDL for the latest General Hospital spoilers and news.