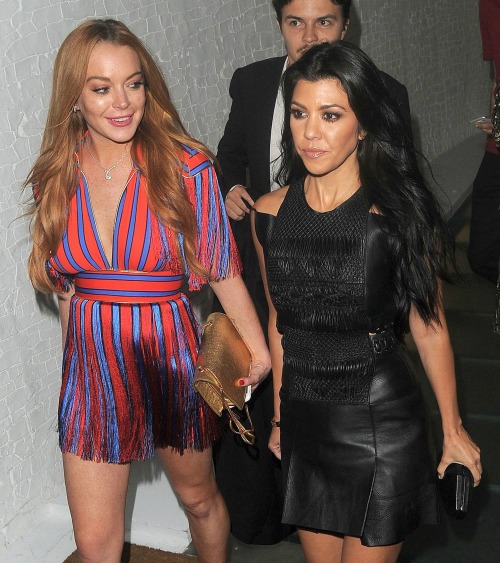 Lindsay Lohan seems to be living clean and sober these days, but is former party-pal Kourtney Kardashian a bad influence? The duo partied until the wee hours of the morning in London, but is this a sign of trouble for the seemingly reformed ginger starlet?

Since Lindsay Lohan met her fiancé Evor Tarabasov, she seems to have stayed off the bandwagon of partying, boozing and bad choices. But when Kourtney Kardashian rolled into London, did she unintentionally send LiLo off the wagon?

Kourtney Kardashian and Lindsay Lohan’s London evening started out mellow enough with dinner at a fancy Mayfair restaurant but the Mean Girls star and KUWTK mom-of-three kept the party going and were out clubbing all night.

When Kourtney stumbled out of her hotel to catch a flight back to the US, she looked drained, pale and was wearing giant dark sunglasses. Plus, after the Glamour Women of the Year awards, Kourtney shared a pic on Snapchat of herself naked, under a fur wrap and posing with a liquor bottle.

Was this a sign of Kourtney’s plans to party hard since she was traveling with a gal pal and had left her three kids – Mason, Penelope, and Reign – back in the States? While the pair were out clubbing, a photographer snapped a wardrobe malfunction of Lindsay Lohan.

She was caught in an upskirt shot with her red panties on display. But the good news is, at least she was wearing undies – she was snapped by paps constantly without panties in her partying heyday. Also a good sign was that Evor Tarabasov was on hand all evening watching out for his fiancée.

Despite the late night partying, Lindsay looked clear-eyed as she left the club with Kourtney and Evor – and she wasn’t staggering. But for someone recovering from (alleged) substance abuse issues, it still doesn’t seem like a good scene.

Is Kourtney a bad influence on Lindsay? Or maybe the single mom was sharing relationship advice with Lindsay. That’s not a good idea either considering the messy split with Scott Disick over his own party habits. 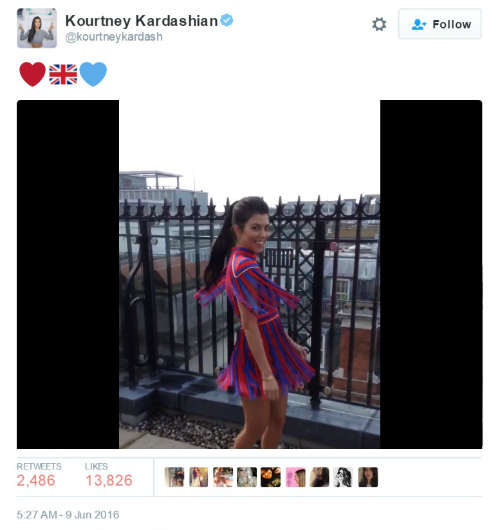 Kourtney Kardashian ended their late night sharing a pic of herself wearing Lindsay Lohan’s cute red and blue fringed dress at 5:30 am. Lindsay shared a pic of herself on a plane hours later heading for Madrid.

Was this late, late night just a case of old pals hanging out innocently? Or was this the first stumble to Lindsay Lohan falling off the sobriety wagon with a shove from Kourtney Kardashian? Share your comments below and check back with CDL for all the latest celebrity news and gossip.