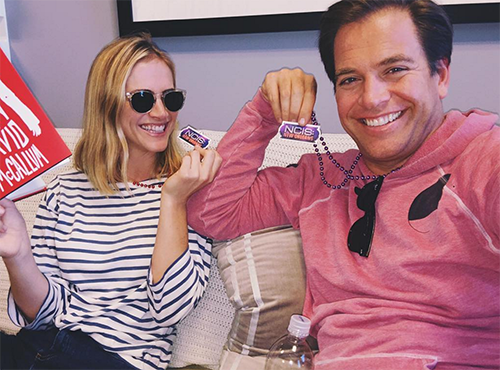 NCIS fans are dreading the Season 13 finale of the CBS drama, set to air next week on Tuesday, May 18. Spoilers indicated months ago that it would be fan favorite Michael Weatherly’s final episode as the always entertaining Tony DiNozzo. But, there is good news for Weatherly’s fans, the Tony DiNozzo portrayer will be back on CBS very soon…possibly in just a few months.

Michael Weatherly has been cast as the lead in a new CBS drama called “Bull,” and the network just revealed that they have picked up the series and it will be airing in the 2016-2017 season. Seeing as how most of CBS’s new shows premiere in the Fall, there is a good chance that Weatherly will be back on primetime as early as September or October. Worst case scenario, “Bull” will get a Winter premiere date, which still isn’t too far away. We should know when “Bull” is set to premiere by the end of this month.

So, what exactly is “Bull?” According to the network, “Bull” is the name of the lead character in the new drama, which will be played by NCIS star Michael Weatherly. The series is based loosely on the career of Dr. Phil McGraw (yes, THAT Dr. Phil), and Weatherly plays the Dr. Phil inspired character, “Dr. Bull.” According to E! Online, “Bull centers on the brilliant, brash and charming Dr. Bull (Weatherly), the ultimate puppet master who combines psychology, human intuition and high tech data to learn what makes jurors, attorneys, witnesses and the accused tick.”

It sounds … interesting. It will definitely be hard getting used to seeing Michael Weatherly in a suit and tie, rather than fighting crime and cracking cases, but we will take what we can get of the talented actor. So NCIS fans, will you be tuning in to the all new show, Bull? Do you think it will be a hit? Share your thoughts in the comments below!