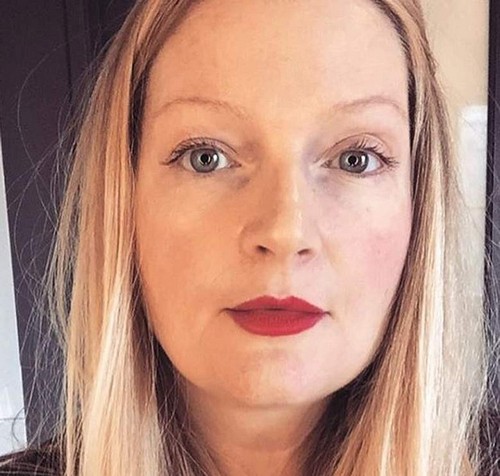 Michelle Pugh, who is the woman whose affair with Ozzy Osbourne almost caused Sharon Osbourne’s divorce earlier this year, is now going after Kelly Osbourne, claiming that the celebrity spawn and former reality television star ‘slut-shamed’ her on social media. Kelly Osbourne famously tweeted Michelle Pugh’s phone number this year and wrote, “Anyone looking for cheap chunky LOW-lights a blow out and a b***job call [phone number].”

If that weren’t enough, Kelly Osbourne also accused Michelle Pugh of possibly manipulating Ozzy Osbourne by saying, “My father is almost 70 ever heard of elder abuse.” Now Michelle Pugh is retaliating, by saying she was “slut-shamed, bullied and harassed” by the former ‘Osbournes’ star.

While there’s no doubt that Kelly Osbourne could have kept her father’s infidelities out of the public spotlight, this isn’t the first time she’s gotten in trouble for using Twitter as a platform to express her frustrations.

But then again, Michelle Pugh allegedly slept with Kelly Osbourne’s father. While she could have refrained from tweeting Michelle Pugh’s phone number, she was perhaps commenting on her understandably strong emotions against a woman who almost broke Ozzy Osbourne and Sharon Osbourne’s marriage.

Kelly Osbourne’s Fashion Police departure from last year clearly indicated that the 31-year-old is not shy when it comes to telling people exactly how she feels about them, no matter what the negative implications may be.

The Kelly Osbourne and Giuliana Rancic feud along with public fights with stars such as Christina Aguilera and Lady Gaga show that she’s willing to battle it out with just about anyone. But Michelle Pugh’s lawsuit against her might be the last straw, especially if Kelly Osbourne is going to end up paying dearly for her rants.

Kelly Osbourne famously presented as a racist hypocrite while bashing Donald Trump with her disgusting comment on Latinos being ‘toilet cleaners.’ Perhaps it’s time for Kelly to face a legal rebuke for her obnoxious and entitled ways?

Meanwhile, Sharon Osbourne and Ozzy Osbourne’s marriage is back on track, as the couple is working on the rocker’s ‘embarrassing sex addiction’ but the family matriarch is yet to comment on her daughter’s new lawsuit.