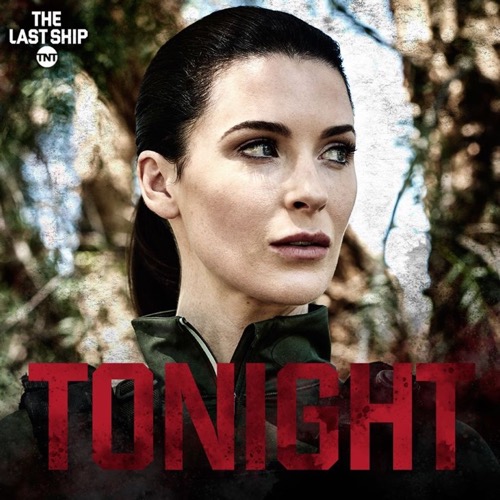 On the last episode, Chandler prepared the final part of his plan as his mission reached a critical point. Meanwhile, Michener contemplated the fate of his presidency.

On tonight’s episode per the TNT synopsis,“the Nathan James must dodge an overwhelming threat. Meanwhile, President Michener is put in a terrible position following a revelation in St. Louis.”

Tonight’s episode of The Last Ship is going to be great. You’re not going to want to miss a minute of the action and have you’re the Last Ship recap for you down below. While you’re waiting for the episode to begin hit up the comments and tell us your thoughts about the show.

Tonight’s episode of “The Last Ship” begins aboard the Nathan James after the crew successfully retrieved some of their soldiers from Vietnam. The crew remembers fallen soldier Cruz and his contributions to the mission. The rescued crew members sit down for their first meal back onboard while emotions of being back run high. Slattery returns to the bridge for the first time Chandler tells Slattery that they must contact the President to let them know the retrieval was successful but first they need to get out of range of the Chinese so their broadcast back home is not intercepted.

Chandler questions Takehaya who is being held prisoner onboard the ship. A defiant Takehaya tells Chandler that he refuses to cooperate because the United States poisoned and killed the people of his country. Chandler reminds him that he tortured and killed the only soldiers who would have been able to help the remainder of his people survive. Takehaya tells Chandler that there never was a cure. Ignoring this, Chandler warns Takehaya that while he may be protected by the Geneva Convention while a prisoner, once they reach the U.S. he will be prosecuted for war crimes. Takehaya says that he will never live long enough to be prosecuted.

Kyoko’s recovery is being overseen by Cooper. She tells Cooper that she wants to name her baby Kaito. Doc Rios informs Chandler that both the virus and the cure are present in Kyoko and Takehaya’s blood but he no longer has the equipment to run more extensive blood work.

The crew detects a military radar signal. Despite a powerful signal, the crew is unable to detect the ship itself off the horizon. The crew realizes that the radar signal is from an entire fleet sent by Peng Wu so they go dark to remain undetected.

Chandler and his crew are hiding from Peng’s fleet by weaving in and out of the island chain and operating only essential equipment. Back on the mainland, Michener and his people continue to try to contact the Nathan James as Jacob Barnes reports on television about the crew abduction.

Takehaya is again confronted by Chandler, who tells the prisoner that the cure and the virus are present in both his and Kyoko’s blood but, for unknown reasons, the cure isn’t working for them. He tells him that until Doc Rios can get his lab running again the crew won’t know why. They give Takehaya a bag of blood containing the cure and ask him to divulge what happened to him after he had been given the cure for the first time.

Takehaya finally discloses what happened that fateful day: after receiving a call over the radio saying that the Americans were coming with a cure, thousands of survivors rushed to the port to wait for their arrival. When the ships arrived, the survivors lined up to receive injections and the officers told them to spread out to make sure the cure reached everyone. Takehaya continues his story by saying that, despite who received the cure and who didn’t, everyone died. Chandler asks if someone tampered with the cargo containing the injections and Takehaya said it was impossible because he was the one who was in charge of giving out the injections. He also denies working with Peng.

Jacob Barnes visits Curtis in jail, pretending to be his lawyer. He questions Curtis about the murder of Dr. Rachel Scott and asks him to give him information about his time in the Army and specifically, information about his interactions with Michener. Curtis tapes the interview and then shows it to Michener. Curtis tells how Michener brought his sick son into the stadium where the survivors were in violation of the quarantine, infecting and killing tens of thousands of people. Barnes questions his mental state when taking office, since he had a breakdown eleven days prior to accepting office over his guilt from killing so many innocent people.

Back onboard the ship, Cooper, Chandler and Slattery try to figure out why the shipment that reached Takehaya in Japan failed. Cooper argues that Dr. Scott was wrong and that it is possible that the virus mutated, rendering the cure ineffective. Suddenly the crew is alerted that Peng’s fleet has found them and are hailing the Nathan James, asking them to report. The Chinese think that the Nathan James is one of the ships in their fleet and is asking for the captain to report in. Chandler tries to hold off the ships by pretending that the transmission is garbled. The crew is able to buy themselves some time by hiding behind another island.

Michener goes on television to discuss the allegations that he broke the quarantine law by bringing his son into the stadium. He admits that he is guilty and asks for the nation’s forgiveness. Back on the Nathan James, Kyoko’s condition worsens and she begins hallucinating, speaking about a “green mist” that covered the country. Doc Rios alerts the medical staff that the baby is in distress and recruits help. Rios and staff conduct an emergency C-section. Chandler tells Takehaya that he must decide whether or not to give the baby the cure, once it is delivered. The baby boy is successfully delivered and Takehaya tells Chandler to give the child the cure.

Since the Nathan James will be discovered by Peng’s fleet once the sun rises, the crew decides they have no choice but to attack. Takehaya offers his help, giving the crew a way out of a direct battle. Takehaya guides the ship into a minefield that he constructed in the open sea and tells the crew that he can safely navigate them through the mines. The captain allows him to take over and with his guidance, the Nathan James is able to evade the Chinese fleet. Afterwards, Takehaya tells the captain that Peng did not hire him. He says that he was told how to find the sailors by a smuggler named Wu Min. Meanwhile back home, Michener kills himself in shame over what he did.