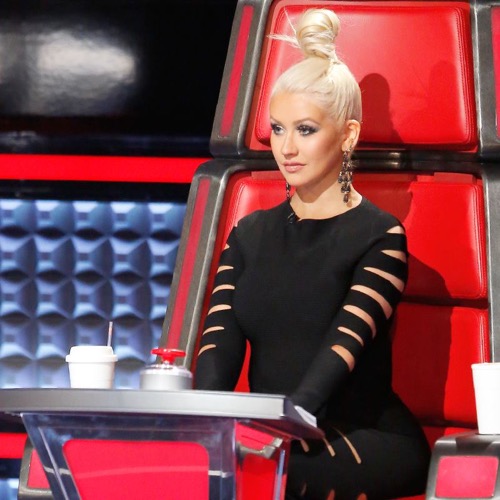 Tonight on NBC the Emmy award winning music competition The Voice continues with an all new Monday March 21, season 10 episode 7 called, “The Battles, Part 3,” and we have your weekly recap below. On tonight’s episode the battle round continues. The advisers are Sean “Diddy” Combs, Tori Kelly, Patti LaBelle and Gwen Stefani.

On the last episode, “the “battle rounds” continued and the coaches enlisted the help of the music industry’s top recording artists to offer their knowledge and skills as advisors. Maya was soon to be eliminated from the competition until Blake and Christina hit their save button for Maya; she ended up going with Christina. Did you watch the last episode? If you missed it we have you covered with a full and detailed recap right here for you.

On tonight’s episode as per the NBC synopsis, “the “battle rounds” begin and the coaches enlist the help of the music industry’s top recording artists to offer their knowledge and skills as advisors. Christina Aguilera teams up with Patti Labelle, Adam Levine with Tori Kelly, Blake Shelton with Gwen Stefani and Pharrell Williams with Sean “Diddy” Combs aka Puff Daddy.”

Tonight’s season 10 episode 7 is going to be exciting. We’ll be blogging it right here for you. In the meantime hit up the comments section and tell us your thoughts on season 10 of The Voice so far.

#VoiceBattles starts with Pharrell having no steal left and Blake, Christina and Adam having one left each. Blake is up first with his mentor Gwen Stefani. The first Team Blake battle is Adam Wakefield vs Jared Harder. They are both country artists.

Blake has them doing Marshall Tucker Band Can’t You See. Gwen wants more emotion from them and Blake says to make it a jam session. Jared is still working on his stage presence but has nailed his falsetto. Blake is excited.

The battle is on and they both kill it. The coaches are all on their feet for the guys. Christina says it was dope. She says she’d give it to Adam. Pharrell agrees he’d go with Adam but praises Jared too. Adam then says Jared was just thinking more but they are equally great singers.

Now it’s Blake. He says it was like a band not a battle round. He says Jared shocked people with his range. Blake says it’s just stage experience that separates them and he decides to go with Adam. Jared doesn’t land a steal and says his nerves got to him.

Next is Pharrell with Sean Combs. Team Pharrell’s first battle pairing is Emily Kenner vs Jonathan Bach. He has them doing Ellie Goulding’s Explosions. They reheard with the band and get final notes from Diddy and Pharrell. Diddy has a bunch of staging ideas.

Christina says she thought Jonathan had more emotion and says she thinks he wins it. Pharrell says Emily was great then says Jonathan made the song his own. Pharrell gives the battle to Emily. Jonathan thanks Pharrell but he also does not get a steal.

Next up is a Team Christina battle of Daniel Passino vs Kristen Marie. They meet with Christina and Patti LaBelle. Christina has them doing Adele’s Turning Tables. They sound amazing together. They get some notes then it’s band rehearsal time.

Christina jokes that this is going to be a hard battle for her to decide. They are both amazing. Pharrell compliments both but says he’d go with Daniel. Adam says Daniel had a better idea of where he wanted to go but says Kristen was great. He says Daniel is stronger.

Blake says they’re both great singers and he pushed a button for both of them in the blinds. He says he gravitated towards Daniel because of his enunciation. Christina says she loves the two of them and says they are both great talents. She says she’s going with Daniel.

Next is the Team Pharrell battle of Abby Celso vs Brian Nhira. They are doing Maroon 5’s Sugar. Diddy and Pharrell debate on different suggestions for Brian’s performance. Pharrell gives in to Diddy and then Diddy also gives them staging directions.

They do battle and then Adam says excellent song choice. He says he’s impressed by how Brian sang it. He says it’s more suited for a girl since it’s so high. He says he votes Brian. Blake says he loves that song and says Brian was fun to watch.

Blake says he likes Abby’s rock growl but also says he would go with Brian. Christina says she loved hearing Brian sing and calls it silky but then Abby had vocal textures and it was a good battle. She says she also thinks Brian wins and calls him smooth operator.

Pharrell says this is difficult then decides to go with Abby but says he hopes for a save to keep them both on the show. Adam slaps his buzzer to steal Brian. Christina hits her button too and Adam smiles. Blake laughs. Adam and Christina both woo him. Brian chooses Adam as his new coach.

Next is a Team Adam battle of Caroline Burns vs Mike Schiavo. Tiny Caroline is a returning contestant from season 9 and Mike is the guy that Adam dueted with. Adam has them doing the John Legend and Meghan Trainor song Like I’m Gonna Lose You.

Adam and Tori Kelly give them performance notes and encourage confidence. The battle is on and it’s a beautiful duet. The audience loves them. Blake says they are fun to watch and says Mike treated Caroline like it was about her. He says he let off the gas and she shone brighter.

Blake baby talks to her then says he would pick her. Christina mocks Blake then says Mike was very consistent. She says Caroline’s voice is so powerful. She says she would go with Mike. Pharrell says Caroline has figured it out and has no nerves and has a good time.

He says she hit some runs that really surprised him. He says he enjoyed Mike as well. He says Mike killed it too. Adam says he’s proud of them both and says it’s not a good tactic to squash someone adorable like Caroline. Adam says he likes Caroline’s story of coming back.

Adam says he has to think about who he can take to the end. He calls Mike a workhorse and says they both have a lot of untapped potential. Adam chooses Caroline. Mike thanks Adam and says he’s been an idol of his for a long time.

Next is a Team Christina pairing of Alisan Porter vs Lacy Mandigo. Alisan is the former child star from Curly Sue. Christina and Patti have them doing California Dreamin’ by the Mamas and the Papas. Lacy says it’s a little out of her comfort zone.

Adam says Lacy did a tremendous job and says her voice issues will iron out since she’s so young. Blake says it’s two different types of vocalists so it’s tough to compare them. He says the battle was Alisan’s moment. Christina says they slayed everyone and she’s so proud of both of them.

Christina decides the battle will go to Alisan but compliments Lacy. Lacy thanks Christina and then Blake slaps his button. Lacy runs to hug Blake and Christina thanks him for stealing her. Lacy says she dreamed the other night that Blake saved me.