‘The Young and the Restless’ Spoilers: Sharon Files For Divorce – Nick Won’t Back Down – Jack Doesn’t Want Phyllis

BY Marcy Cohen on November 30, 2016 | Comments: one comment
Related : Soap Opera, Spoiler, Television, The Young and the Restless 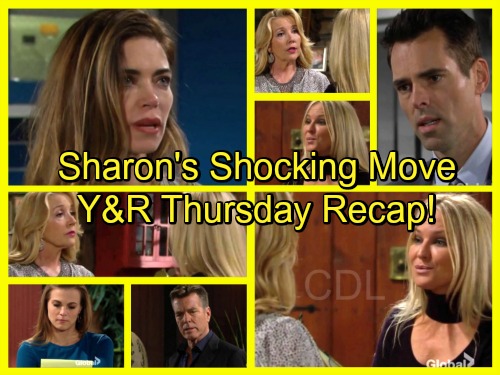 The Young and the Restless (Y&R) spoilers for Thursday, December 1, tease that Nick (Joshua Morrow) will bump into Sharon (Sharon Case) and Mariah (Camryn Grimes) at Crimson Lights. Sharon will do her best to ease the tension, but Nick will won’t budge on the visitation issue. When Nikki (Melody Thomas Scott) walks in, she’ll insist that Sharon should leave.

Once Sharon is gone, Nikki will put in a good word for Dylan (Steve Burton). She’ll think Nick should give Dylan visitation and forget about Sharon. Nick will maintain that neither one of them can be trusted. Later, Nikki will drop by Sharon’s place to hash things out. She’ll suggest that Sharon should set Dylan free if she really loves him. It might be Dylan’s only chance at remaining in Christian’s life.

Sharon won’t like Nikki’s advice, but it appears she’ll decide to take it in Friday’s episode. She’ll talk to Michael (Christian LeBlanc) about filing for divorce. In the meantime, Michael will speak with Phyllis (Gina Tognoni) about Jack (Peter Bergman). Phyllis will still be hopeful about a reunion, but Michael will express doubt. 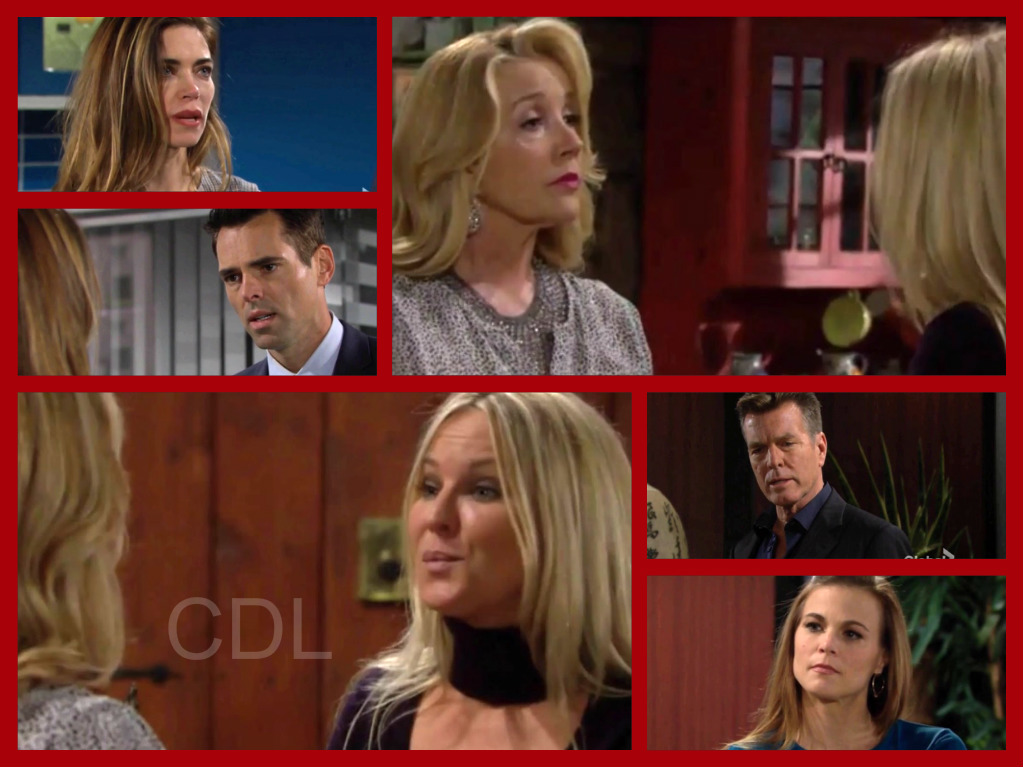 At Jabot, Y&R spoilers say Neil (Kristoff St. John) will ask Jack to resume his role at the foundation. He’ll think they could use Jack’s help. Jack will hint that Neil probably wants him to reunite with Phyllis as well. Neil will simply urge Jack to take it one step at a time.

Jack won’t be interested in returning to the foundation at first, but he’ll consider it a little later. The Young and the Restless spoilers state that Jack will give Phyllis some extra duties. He’ll suggest that he might need to free up some hours for foundation obligations. Jack will plan on making big changes in his life, but he’ll note that he hasn’t changed his mind about Phyllis.

At Brash and Sassy, Billy (Jason Thompson) will be surprised to see Victoria (Amelia Heinle) back at work. She’ll indicate that what she’s going through is nothing new. Victoria is used to failed relationships. Meanwhile, Cane (Daniel Goddard) will get ready for a meeting. He’ll look for painkillers in his briefcase while Lily (Christel Khalil) warms up the car.

Lily will assist Cane as he limps into Brash and Sassy. Billy will observe that Cane is in a lot of pain. When a consultant starts irritating Victoria, Cane and Billy will offer to handle the meeting. Victoria will head to the park to clear her head. She’ll spot Nick and they’ll discuss her recent breakup with Travis (Michael Roark).

Nick will tell Victoria he’s sorry things didn’t work out. Victoria will mention Christian and point out that life sometimes comes with surprises. She’ll wonder what’s going to happen if the court grants Dylan and Sharon visitation. Nick will argue that he’s not going to share his son.

Back at Brash and Sassy, Lily will send a physiotherapist over to help Cane. Billy will think that’s probably a beneficial idea since Cane is struggling. Lily will meet up with Neil and he’ll ask for news on Cane’s recovery. When Lily provides updates, she’ll mention that Cane isn’t even taking pain medication. It seems Cane is keeping his wife in the dark about his growing dependency.

It sounds like some major drama is brewing on The Young and the Restless. We’ll keep you posted as more details emerge. Stay tuned to Y&R and don’t forget to check CDL often for the latest Young and the Restless spoilers, updates and news. Come and join in the Y&R discussion live on our Facebook Page!