Tom Cruise Ridiculed By Ex-Scientology Member Cathy Schenkelberg As Being ‘Narcissistic Baby’: Failed Interview To Be Next Wife? 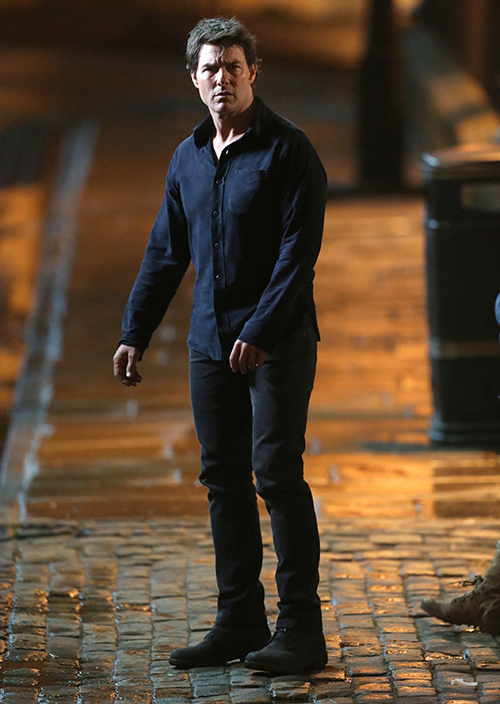 Tom Cruise’s love life just gets weirder and weirder. Actress Cathy Schenkelberg was unknowingly interviewed as a prospective girlfriend for Tom Cruise by the Church of Scientology, according to a Daily Mail interview. The actress alleges that she was blacklisted from the church and by its A-list celebrity members after calling Tom Cruise a “narcissistic baby” in the interview.

Cathy Schenkelberg claims that, as a rising voice-over actress and top-level Scientologist who had donated over $1 million to the church, she was seen as a strong candidate to be Tom Cruise’s new squeeze after his split with Nicole Kidman. Tom Cruise’s split from Nicole Kidman was widely believed to be due to Nicole’s objections to the Church of Scientology. Schenkelberg claims that she was under the belief that she was participating in a training session and, when asked about her opinion of Tom Cruise, said he was a “narcissistic baby,” not knowing that she was being interviewed as a potential girlfriend.

Despite Cathy Schenkelberg’s sour grapes at being allegedly booted from the “cool table,” her brush with Cruise and the church have resulted in a successful show called “Squeeze My Cans,” which is about her experience with Scientology. Not bad for a woman previously known only as a voice-over artist.

Being kind-of-almost picked as Tom Cruise’s next girlfriend was the best thing to happen to her career and it appears she is laughing all the way to the bank. Besides, considering that not too long after his split with Nicole Kidman he turned into the Katie Holmes obsessed, couch-jumping maniac we know today, the actress’s blunder was a bullet-dodging blessing in disguise.

Cathy Schenkelberg’s interview comes less than six months after the internet exploded over Tom Cruise’s appearance at the 2016 BAFTA Film Awards in London. The actor’s face showed clear signs of plastic surgery gone awry and his bloated, stretched out features caused speculation that the actor was having some personal problems. Perhaps he was already dreading the interview tell-all and decided to make a desperate attempt at reclaiming his long-lost Hollywood heartthrob looks before tales of his arranged dates were shared with the public?

Whatever the truth about the alleged interview is, two things are universally certain: Tom Cruise is one weird guy and his love life just may be even weirder.

Do you think Cathy Schenkelberg was really interviewed as a potential girlfriend for Tom Cruise or is she just using his fame to cash in? Weigh in down below!