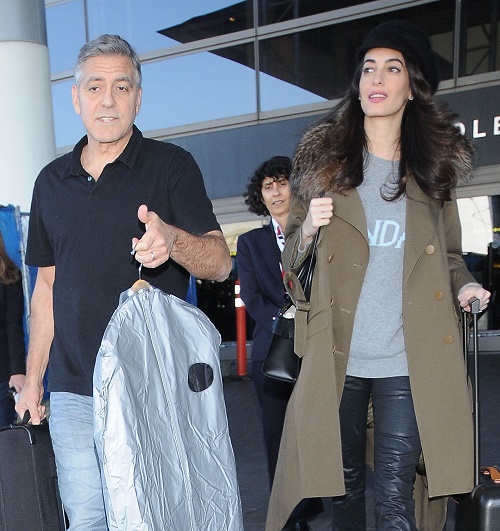 Amal Alamuddin is getting ready to give birth to her twins any day now.  A new report says that the British human rights lawyer is also giving birth in London. Amal and her Hollywood husband George Clooney will be raising their children in their multi-million dollar estate in nearby Sonning.

Lebanon’s Daily Star says that Amal’s entire family is buzzing with the baby news. George and Amal tied the knot in a lavish ceremony in Venice back in 2014. Insiders say it took Amal two years for her baby dreams to finally come true. Amal first sparked pregnancy rumors at the premiere of ‘The White Helmets’ documentary back in January. She’s been wearing loose clothing ever since the media began speculating about her pregnancy.

So far neither Amal nor George have made any comments about the pregnancy. The couple was spotted dining with George’s parents Nick and Nina Clooney at the Rooftop Smokehouse Restaurant in Barcelona on February 3rd. Eyewitnesses said that Amal definitely looked like she was sporting a baby bump. 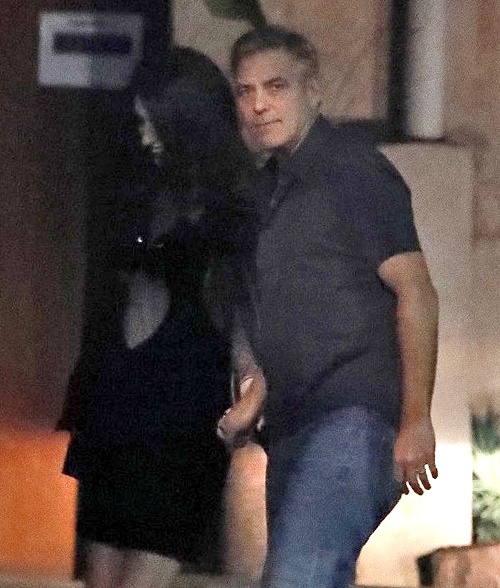 Plus, George recently flew back home to Kentucky this past week to promote his tequila brand, Casamigos. Amal didn’t fly back to the United States with him. That’s why so many insiders think that Amal might be preparing to give birth in London. Many women are advised not to travel during their third trimesters. And now that Amal is so close to her due date, she’s probably looking to spend as much time as possible in the comfort of her own home. With her due date right around the corner, Amal can easily give birth any day now.

So how did Amal Alamuddin manage to hide her pregnancy from the media this entire time? No one knows for sure. But if she is indeed pregnant with twins, she won’t be able to hide it for much longer. George Clooney and Amal Alamuddin are one of the most photographed couples in the celebrity world. The public will end up finding out the truth about George and Amal’s twins one way or another. Considering how much George Clooney has spoken about his marriage to Amal in the past, many fans are surprised that he’s not saying anything about her pregnancy.

Do you think Amal Alamuddin is pregnant with twins? Let us know what you think by dropping us a line in our comments section below. Also, check back with CDL for all the latest on Amal Alamuddin’s pregnancy right here! 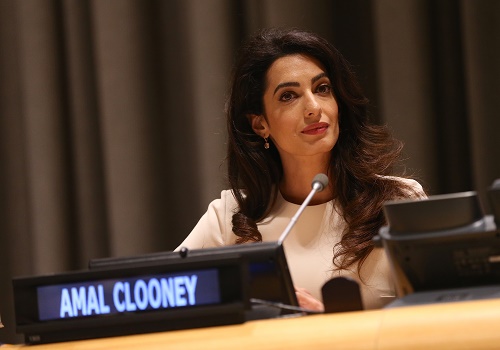