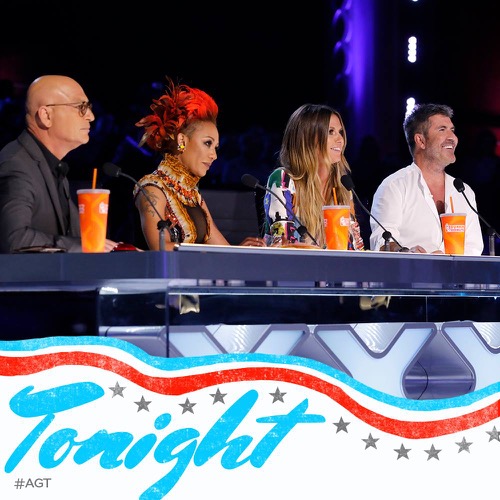 Tonight on NBC America’s Got Talent begins its new season with an all-new Tuesday, September 12, 2017, episode and we have your America’s Got Talent recap below!  On tonight’s AGT season 12 episode 21 as per the NBC synopsis, “The semifinalists perform for a chance to win $1 million and be named the most talented act in America.”

Make sure to bookmark this spot and come back later for our America’s Got Talent recap from 9 PM – 10 PM ET! Refresh often so you get the most current info! While you wait for the episode head over and check out all our AGT spoilers, news, recaps & more!

In the semi-finals tonight we will see 11 acts perform but only five will move on to the finals. Celine Tam is an eleven-year-old singer and she dreams of being a star on day. Heidi and most of the audience is on their feet before Celine finishes her song. Simon starts by offering well wishes to the victims of the recent hurricanes. He then tells Celine this performance was her best yet. Mel disagreed and thought this was not the right song choice for Celine. Heidi and Howie felt the same as Simon. They loved the performance and they love Celine.

Colin Cloud is the next act to take the stage. He does a trick using tweets that were received earlier by the show. People at home were asked to pick a city, a celebrity and a food. Colin is able to predict that they will choose Ellen, Rome and Cheese. He filmed segments earlier in the day that showed that they would in fact pick Ellen, Rome and Cheese. All of the judges were blown away by Colin’s magic and hope America votes to keep Colin in the competition.

The last time Christian Guardino performed he barely made it to the next round. He is so hopefully that America will vote to keep him on the show. Howie loves Christian. He was Howie’s golden buzzer and Howie begs the viewers to vote for Christian. Mel, Heidi and Simon also loved the performance and hope Christian he remains. Tyra reminds the home viewers all of the different ways to vote and encourages them to do so.

Tyra asks the audience to follow the show on Facebook, Twitter, and Instagram. In the Stairwell is the next act to take the stage. They are a group of singers in the US Airforce. Mel was touched by their performance and thinks they sounded incredible. Howie didn’t love this act before but he loved them now. Both Simon and Heidi could feel their sincerity and joy and think they should be proud of themselves.

Merrick Hanna struggled to make friends when he was younger but has really come out of his shell now. He loves robots and hopes they will help his dreams come true. Heidi thinks Merrick raised the bar with his performance tonight. Simon hopes he stays in the competition and Howie was very moved by his story. Mel loved his dancing but is worried since there are so many acts performing tonight and only five will move on.

Mandy Harvey lost her hearing as a teenager and her music helps her feel. Performing on the show is a dream come true and she doesn’t want it to end. Simon thinks her performance was one of the best he has seen. He is judging her as an artist and thinks she is destiny to be a star. Howie struggles to put to thoughts into words. He can feel her as she sings and her voice is so powerful. Mel also thinks she is so powerfully. Heidi loved her song choice and loved the sign language she did while singing.

The Pompeyo Family is a mother, father, daughter and dog act that performs amazing tricks. The dogs are dressed as penguins and the set looks like Alaska. The dogs complete several amazing tricks and the crowd loved it. Simon loves animals and asks America to vote for this act. This act brings joy to Heidi’s heart but Howie found it a little too chaotic. Mel also thought it was messy but the dogs are very cute.
Divalo brought a new concept with new props and choreography. Heidi thinks this is a $1,000,000 act. Simon has the upmost respect for this act and was blown away. Mel also just couldn’t believe it. She loved watching everything moving, jumping and dancing.

Kechi was in a horrible plane crash as a teenager and has had several operations to help treat her burns. Tonight she will sing a song that she hopes helps her mom realize she is OK. She gets a standing ovation from everyone. Mel was moved to tears during Kechi’s performance. Howie is just speechless. Simon thinks she just keeps getting better every week and it was just a magic moment. Heidi thinks she is no longer a shy girl but now a strong woman.

Light Balance was Tyra’s Golden Buzzer act and faced technical difficulties last week. They were unable to perform live and instead a tape of their dress rehearsal was shown. Tonight they pray everything works properly. They future depends on it. Simon found their show stunning and special. Howie would buy a ticket right now to see this act in Vegas. He thinks it is a $1,000,000 act for sure. Mel did not want them to stop.

Angelica Hale is a 10 year old girl with a dream. She was very ill when she was just a baby. Her parents worried she may not make it and now are so thrilled to see her on America’s Got Talent. Angelica’s baby sister was just born and she was so thrilled. Mel thinks it wasn’t perfect but Angelica owned it. Simon thinks she is fantastic and she is Heidi’s favorite. Howie thinks she just made it very hard for America to decide who should move on.